‘The How’s of Us’ makes history; earns more than P600M 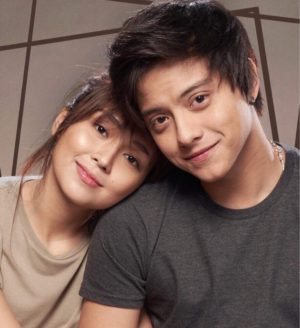 THE HUGELY popular tandem of Kathryn Bernardo and Daniel Padilla made history after their latest film “The Hows of Us” breached the P600M in box office sales.

In the film, the real-life couple play George and Primo, who are in a long-term relationship and are planning for their future together. However, the couple encounters challenges in their relationship as they pursue their dreams.

“You ALL made this happen. Super duper THANK YOUUU!!! To God be the Glory,” Molina said.

“The Hows of Us” is Molina’s reunion project with Bernardo and Padilla. In 2014, she directed the two in “She’s Dating the Gangster” which earned P296 million.