Still no running mate for Gwen? 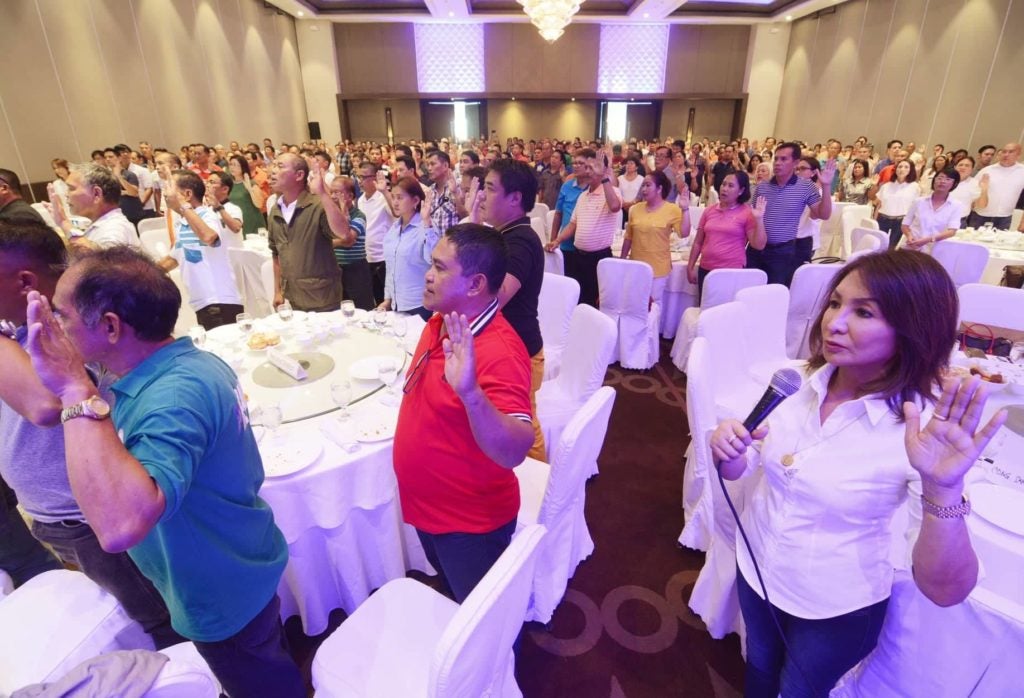 Rep. Gwendolyn Garcia of the 3rd district of Cebu gathered allies under the 1Cebu party to a general assembly at a convention center in Cebu City on Sunday (October 14).

She also handed a Certificate of Nomination and Acceptance to her son-in-law and Cebu Ports Authority (CPA) Commissioner, who is their group’s candidate for 5th district representative.

But Garcia did not mention who will be her vice gubernatorial candidate.

“Certainly, my vice governor will be a registered voter of the province of Cebu,” said Garcia when interviewed about her running mate.

While she did not give any hint as to the identity of her vice gubernatorial candidate, Garcia said, that proper announcements will be made “in due time.”

Political aspirants have until Wednesday to file their Certificates of Candidacy with Comelec.

Garcia earlier made an offer for 4th district Rep. Benhur Salimbangon to tandem with her in the May 2019 election but the congressman decline.

Offers which she made with former Naga mayor Val Chiong and Val’s daughter, incumbent mayor Kristine Vanessa Chiong, were also turned down.

Frasco earlier said that he too was offered by 1Cebu to run for vice governor, but he will soon be filing his COC for 5th district representative.