Maymay Entrata TO WALK THE RUNWAY AT ARAB FASHION WEEK 2018 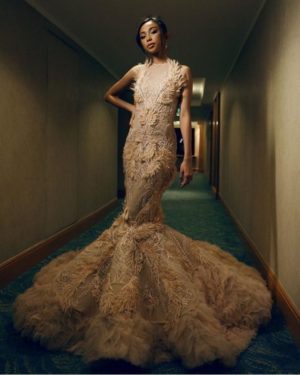 Reality TV star and young actress Maymay Entrata will be the first Filipina to walk the runway at the Arab Fashion Week 2018 in Dubai.

“It’s official! CONGRATULATIONS to @maymay on officially being a part of @arabfashioncouncil ARAB FASHION WEEK 2018,” he said.

“Opening of the #ArabFashionWeek with #Amato on the 21st November at 7:00 p.m @d3dubai,” the post reads.

Earlier this week, the 21-year-old actress, who is the first Big Winner of the combined edition of “Pinoy Big Brother: Lucky 7” on the Pinoy Big Brother reality show, shared a copy of Amato’s invitation to wear his creation for the international event.

After the news broke out yesterday, Entrata expressed gratitude to Amato and the people behind the international fashion show.

Celebrities who congratulated Entrata through her post included Luis Manzano and Jona Viray.