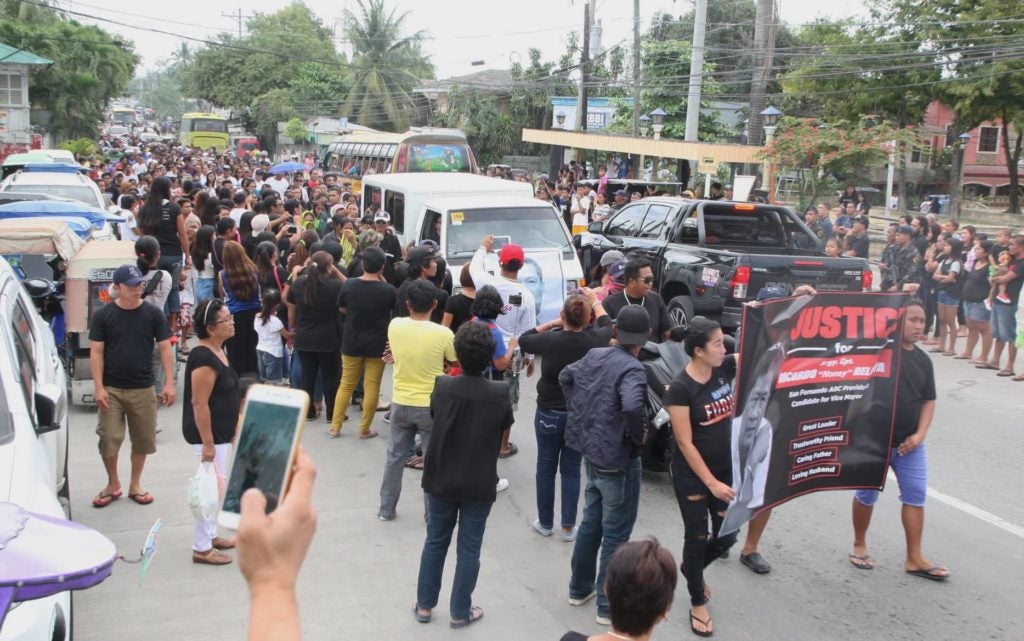 Residents of San Fernando town wait for hours along the road on Sunday, Jan. 27, 2019, to greet the arrival of the remains of slain Councilor Ricardo “Nonoy” Reluya, the president of the town’s Association of Barangay Councils and husband of Mayor Lakambini “Neneth” Reluya, who was among the three fatalities when the mayor’s van was ambushed in Talisay City on June 22, 2019.| CDNDigital Photo/Tonee Despojo

The remains of Reluya, the town federation’s Association of Barangay Councils (ABC) president and husband of incumbent Mayor Lakambini “Neneth” Reluya, was brought to the town after a four-day wake at the St. Peter’s Chapel in Imus Road in Cebu City.

The convoy carrying his remains, which left Cebu City at about 10 a.m., was escorted by policemen, personnel from Cebu City Transportation Office (CCTO) and the riders from the late village chief’s racing team, NR Racing.

Residents of San Fernando waited on the side of the roads, some carrying signages with “Justice for Nonoy Reluya” on it.

Reluya, who was running for vice mayor in the May polls, was killed along with driver Allan Bayot and municipal investment promotion officer Ricky Monterona when the vehicle that he, his wife and four others were riding was ambushed in Barangay Linao, Talisay City in the evening of January 22. 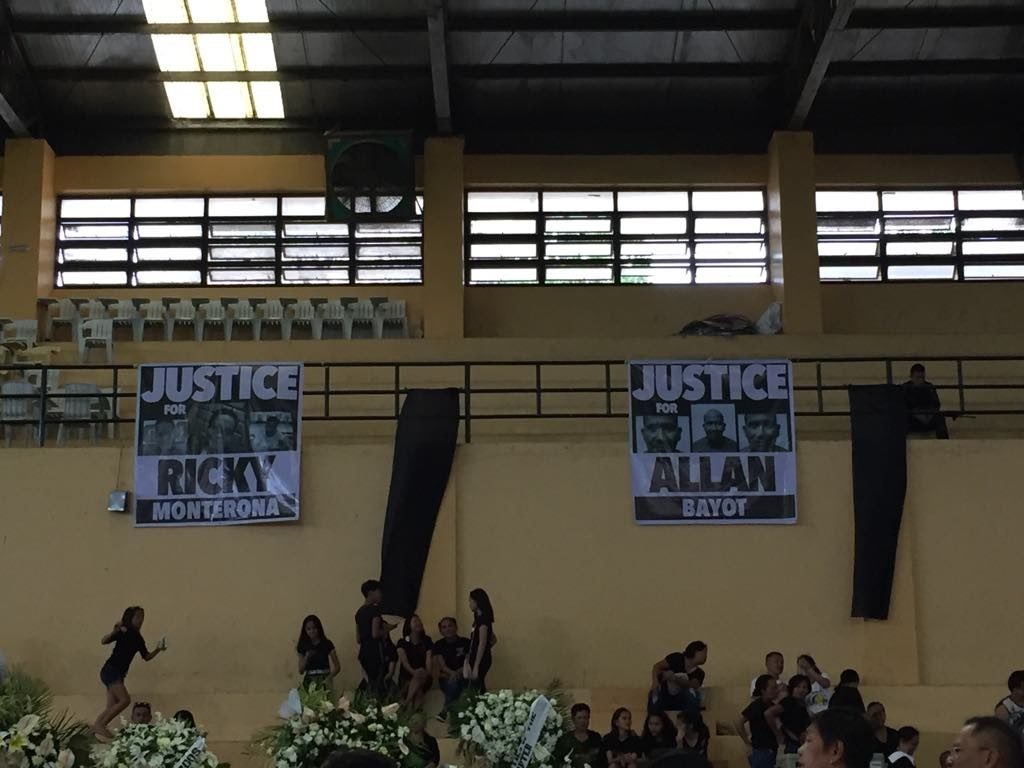 Streamers calling for justice for the other two fatalities in the Reluya ambush, Investment and Promotions officer Ricky Monterona and driver Allan Bayot, also hang inside the San Fernando municipal gymnasium where the wake of Councilor and Panadtaran Barangay Captain Ricardo “Nonoy” Reluya, the president of the town’s Association of Barangay Councils, is now being held. | CDNDigital Photo/ Rosalie Abatayo

Mayor Reluya and two others survived the attack. The mayor, under  tight security, remained confined at a hospital in Cebu City, together with the two other survivors.

The mayor is running for reelection while Nonoy was her running mate. The couple was running as independent.

Cries echoed inside the San Isidro Parish in Barangay South Poblacion as Nonoy Reluya’s body arrived at the church at around noon. 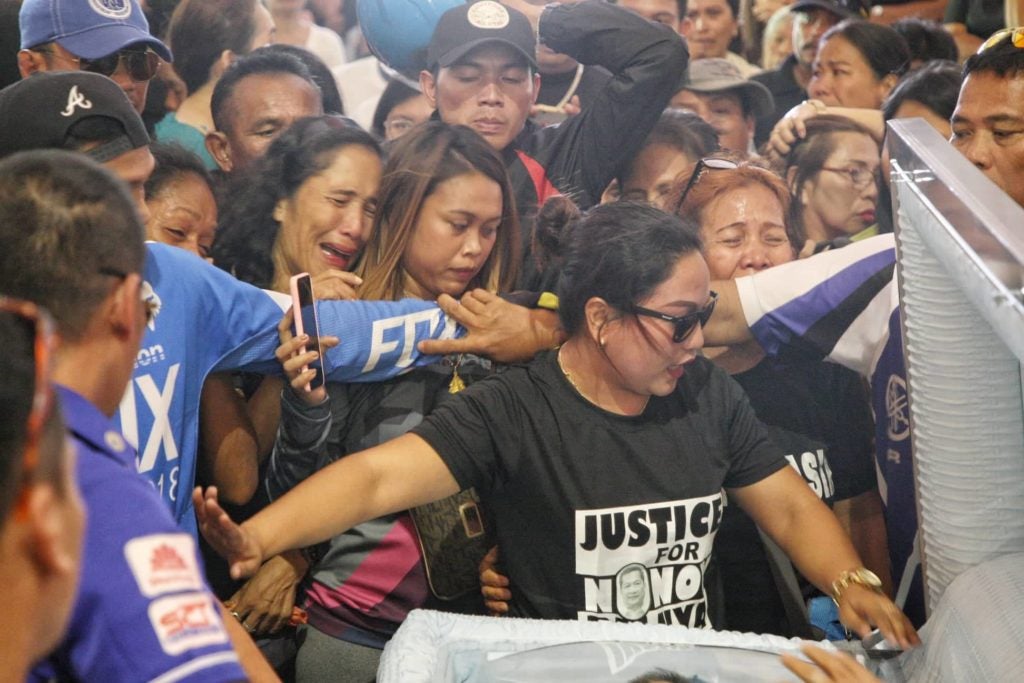 Supporters of San Fernando Councilor Nonoy Reluya, the president of the town’s Association of Barangay Councils (ABC), weep  as the remains of the village chief of Panadtaran arrive in town after a four-day wake in Cebu City. |CDNDigital Photo/Tonee Despojo

Chief Inspector Lymel Pasquin, the town police chief, said around a thousand people waited on the roadside and filled the entire church until the 1 p.m. Mass that was offered for Reluya.

After the Mass, Reluya’s body was transferred to the municipal gymnasium for the public viewing, where residents patiently queued to pay him their last respect.

Pasquin also assured that the residents who would pay their last respect to the slain official are “safe.”

“Over and above our deployment from the San Fernando Police Station, we have an augmentation of personnel from RMFB (Regional Mobile Force Battalion)galing sa Sibonga na magsesecure sa buong gym,” Pasquin said.

The RMFB augmentation, Pasquin said, is divided into two teams. One team will secure the town’s gymnasium while the other team is utilized for checkpoints especially in the hinterland entry points of the town.