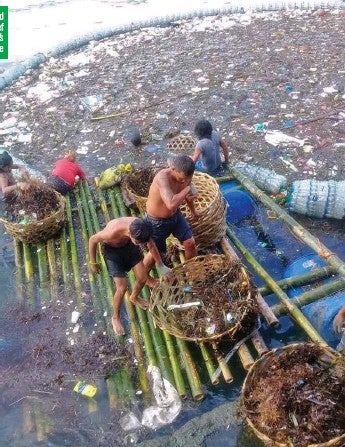 CEBU CITY, Philippines – The Environment Management Bureau in Central Visayas (EMB-7) has directed the Cebu City government to implement rehabilitation programs to revive especially the down streams of at least two major water bodies that are now considered as “dead” because of the presence of high level contamination.

Water sampling conducted by EMB-7 during the last quarter of 2018 showed that the Lahug River in Cebu City’s north district and the Bulacao River in the south are heavily polluted.

The pollutants were traced to have come from untreated wastewater discharge coming from nearby households and establishments, said Ma. Nida Cabrera, head of the  Cebu City Environment and Natural Resources Office (CCENRO).

Cabrera said that the downstream portion of the Lahug River accommodates wastewater coming from  Barangays Tejero, T. Padilla and Tinago while water deposits at the Bulacao River come from Barangays Bulacao and Inayawan.

Officials of the Department of Environment and Natural Resources in Central Visayas (DENR-7) presented the outcome of the EMB-7 study to CCENRO personnel led by Cabrera this morning, January 29.

They also discussed in today’s meeting the need to implement river rehabilitation and monitoring which is also in compliance with the directive of environment Secretary Roy Cimatu who tasked Local Government Units and other government agencies to ensure the cleanup of water bodies located within their jurisdiction.

Cimatu issued his directive during the River Summit hosted by the Mandaue City government in November 2018.

Cabrera said in an interview with reporters after their meeting with DENR-7 officials that EMB-7 has classified the Lahug and Bulacao Rivers as “uninhabitable” which means that flora and fauna can no longer flourish in the two water bodies.

“It means that the quality of the water in these rivers, based on the results gathered by EMB-7, is non-tolerable to propagate life underwater. And these are highly contaminated with pollutants,” Cabrera added.

Cebu City, Cabrera said, has a total of 10 river systems located both in the upstream and downstream.

EMB – 7 has so far released water sampling results taken from the Lahug and Bulacao Rivers.  They already conducted water sampling on the Guadalupe River, but the result of their water analysis is yet to be made available./dcb