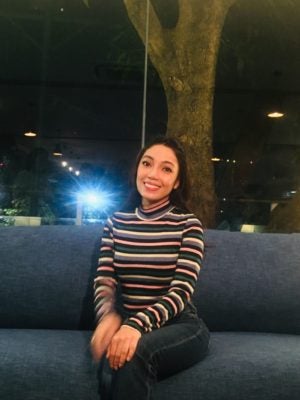 In a recent interview with Cebu Entertainment Group recently, Jona said she enjoyed the acting workshop she had with Star Magic two years ago.

“Ang sarap ng feeling na kahit papaano, nakakapasok ka sa ibang mundo, ibang character other than you being on the stage performing and singing,” she said.

Recently, Jona was asked to join Wansapanataym, a fantasy anthology in ABS-CBN.

“Tapos nagkataon na on going na preparation for Aces,” she answered a question asked by Cebu Daily News Digital during the press conference.

“The Aces” is one of her major concerts this year and was held at the Waterfront Cebu City Hotel and Casino last February 2, 2019.

If given the chance to do television projects soon at the Kapamilya Network, Jona said she would be comfortable doing a drama genre.

Jona started her career with GMA Network when she won “Pinoy Pop Superstar” in 2004 hosted by Asia’s Songbird Regine Velasquez.

She became one of the members in the popular trio La Diva with Maricris Garcia and Aicelle Santos.

The 29-year-old singer had guest appearances in some Kapuso series like “I Love NY” and “Kahit Nasaan Ka Man.”.