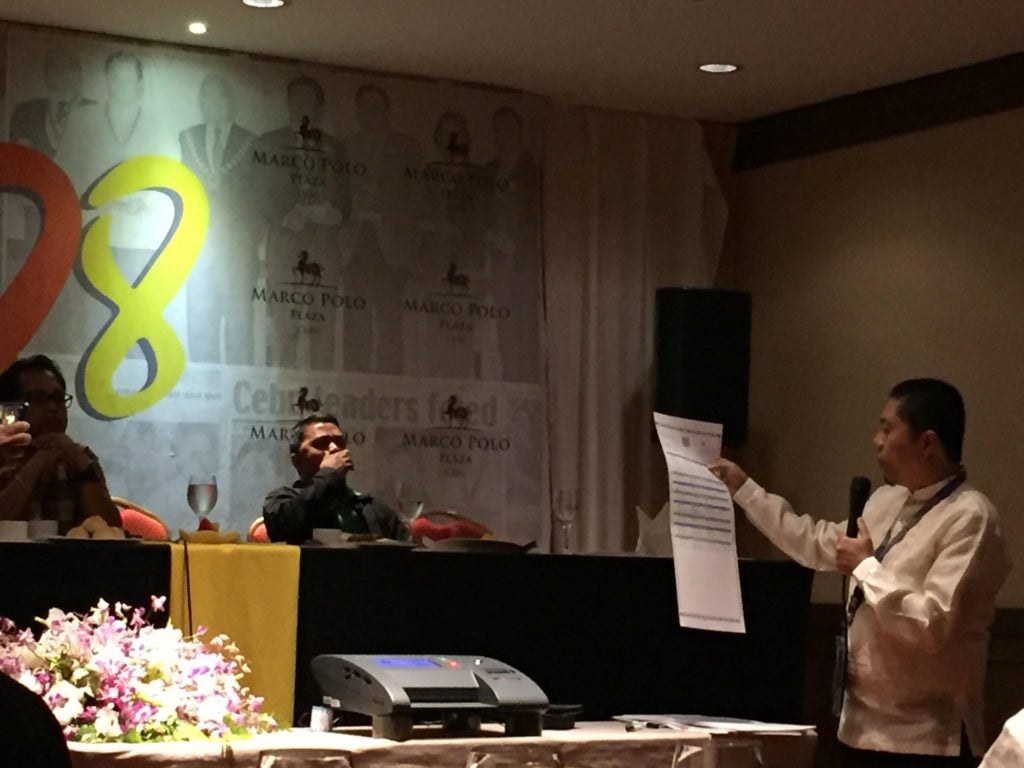 CEBU CITY, Philippines—The Commission on Elections (Comelec) in Cebu Province is now 70 percent ready for the midterm elections on May 13, 2019.

Acting Provincial Election Supervisor Jerome Brillantes told Cebu Daily News Digital that they are just working on the training and seminars of the teachers who will act as members of the electoral board (EB) during the election day.

“Naa na ta sa mga 70 percent. After the seminar this whole month of March, we can say that we are ready na for the elections,” Brillantes said.

The series of the two-day seminar for the teachers from across Cebu province is slated on March 4 to 25.

The teachers will be trained in operating the vote counting machines (VCMs) and the voter’s registration verification system (VRVS) machine.

The VRVS, which is designed to counter flying voters and identity theft during elections through electronically verifying the identity of a voter before he will be given a ballot, is being piloted in Cebu and selected areas in Mindanao regions.

Aside from the training for the EB, Brillantes said they are currently conducting training for technical personnel who will assist the teachers in case the VCMs or the VRVS machines will malfunction during the election day.

Read Next
Loud music was not meant to disrupt rally, says Sinas