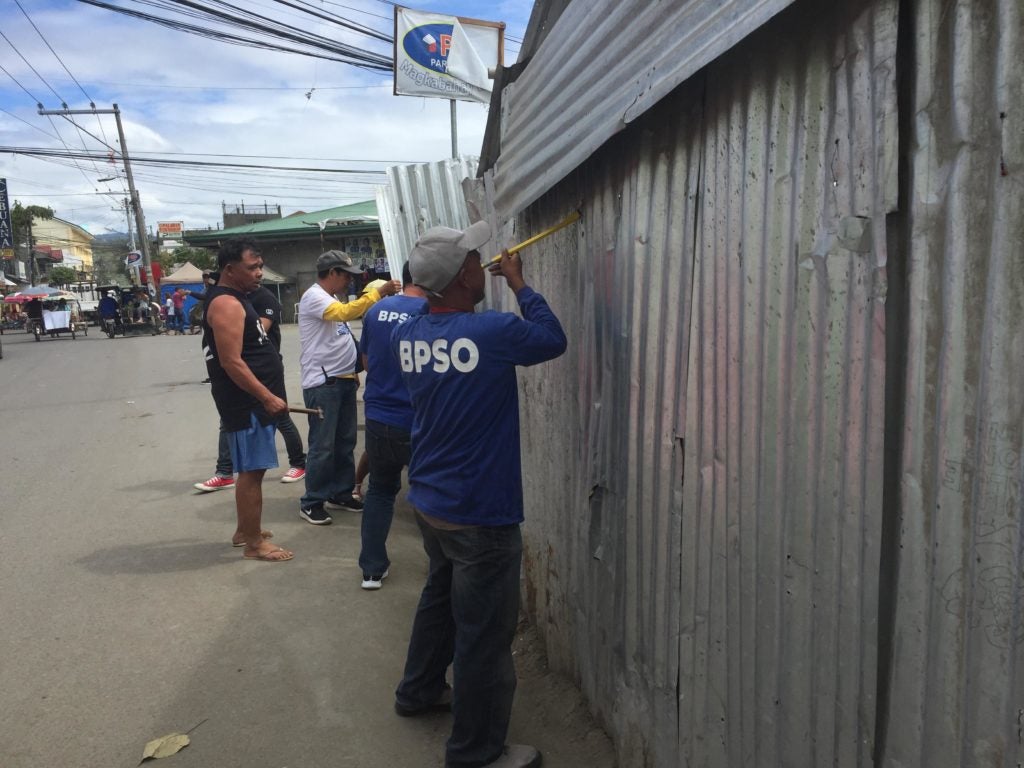 Barangay Inayawan workers start clearing the lot where the police station is supposed to be built. |Delta Dyrecka Letigio

CEBU CITY, Philippines — The lot across the Inayawan Barangay Hall donated by the previous barangay chief to the Philippine National Police has been declared by incumbent barangay chief, Lawyer Bryan Repollo, as a public nuisance.

Repollo said that the fenced lot, where the police station was planned to be constructed, had become a traffic hazard for the motorists.

With this, he said that they would clear the fenced area and the demolition was expected to begin anytime this morning.

Repollo said that he offered an alternative lot to the Cebu City Police Office (CCPO), the barangay’s playground, to build the police station, but Police Brigadier General Debold Sinas refused the offer. /dbs

Read Next
Tourist on Tumalog Falls photo: I hope this gets the attention of Oslob town execs, residents