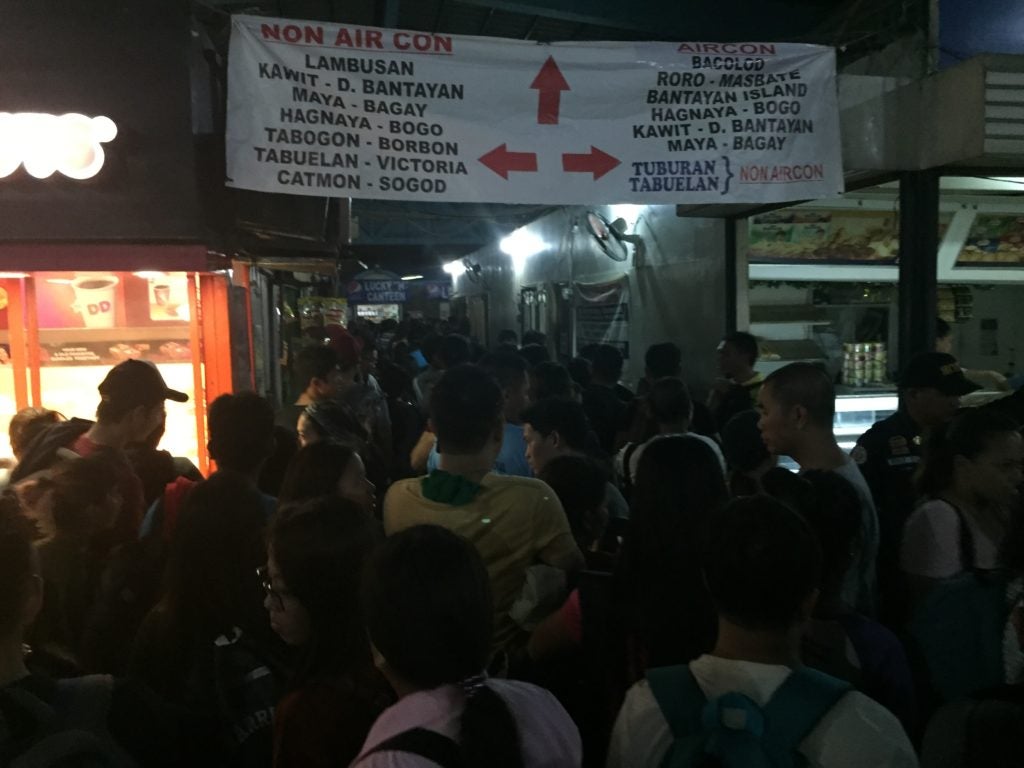 MANDAUE CITY, Philippines — Long snaking queues of passengers can be seen at the Cebu North Bus Terminal (CNBT) on Holy Wednesday, April 17, 2019, as northbound commuters are lining up to go home to their respective towns and cities.

According to CNBT General Manager Zosimo Jumao-as, they expect around 25,000 passengers this Wednesday based on the number of travelers logged by the terminal on the same day last year.

Jumao-as earlier urged the traffic management offices of Mandaue City and Consolacion town to improve the traffic situation as the congestion result to longer travel time for their buses.

Jumao-as said it takes their buses about one hour to 1.5 hours to reach Consolacion.

The terminal official said when their buses cannot make faster turnarounds, passengers tend to wait longer for buses since the 300 buses in the terminal may not be enough to cater to all commuters.

Most of the passengers, Jumao-as said, are bound for Hagnaya port, Daanbantayan and Bantayan Island to observe the Holy Week and attend the festivities of the fiesta in Bantayan town.

Police Corporal Marianne Sumarago of Mandaue City Police Station 2, one of the police officers stationed in the terminal, said they continue to monitor the terminal for possible persons, who might take advantage of the peak season.

Earlier on Wednesday, Special Weapons and Tactics (SWAT) personnel from the Mandaue City Police Office (MCPO) rounded the terminal as part of their monitoring measures.

(No untoward incidents were reported to us so far.)

Read Next
Rise, Hop and celebrate Easter at these establishments