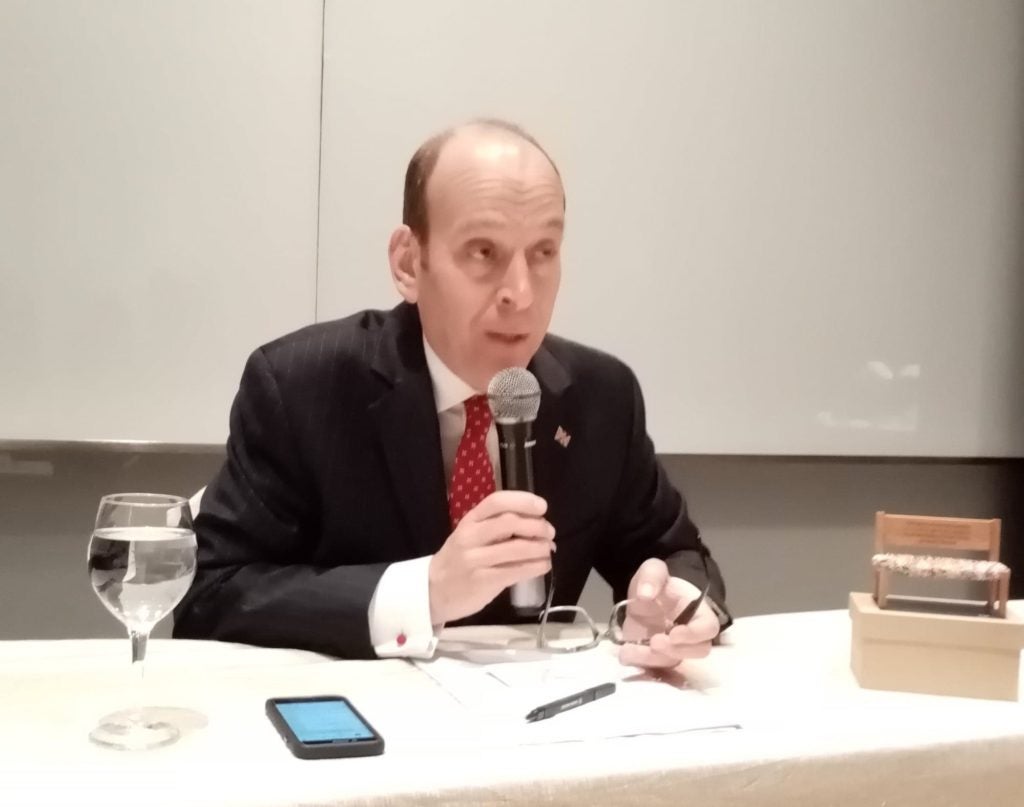 He said that the British government had created a panel of legal experts led by Amal Clooney.

Clooney has been appointed as a special envoy on media freedom.

The panel would identify initiatives that countries could adopt to safeguard and improve media freedom, Ambassador Pruce said.

A joint op-ed issued by UK, Canada and European Union noted that ‘media freedom had remained under constant threat.’

The op-ed recalled that the year 2018 was one of the deadliest for journalists, with 99 journalists killed, 348 imprisoned and 60 held hostage around the world.

The joint op-ed also noted the still unresolved Maguindanao massacre, which involved the killing of 34 journalists that occurred almost 10 years ago.

The ambassador explained that this campaign would also focus on media literacy.

Meanwhile, he also announced that the British Embassy had been creating a Special Chevening Scholarship for Media Freedom.

The scholarship would enable a Filipino student to spend a year in the UK, advancing their studies in support of media freedom.

Aside from that, Ambassador Pruce also met with tourism stakeholders in Cebu./dbs

Read Next
Cebu’s Rondina to be feted anew