Matteo Guidicelli back to serving country, off to Mindanao for ‘Kalilintad sa Timpu sa Ramadan’ 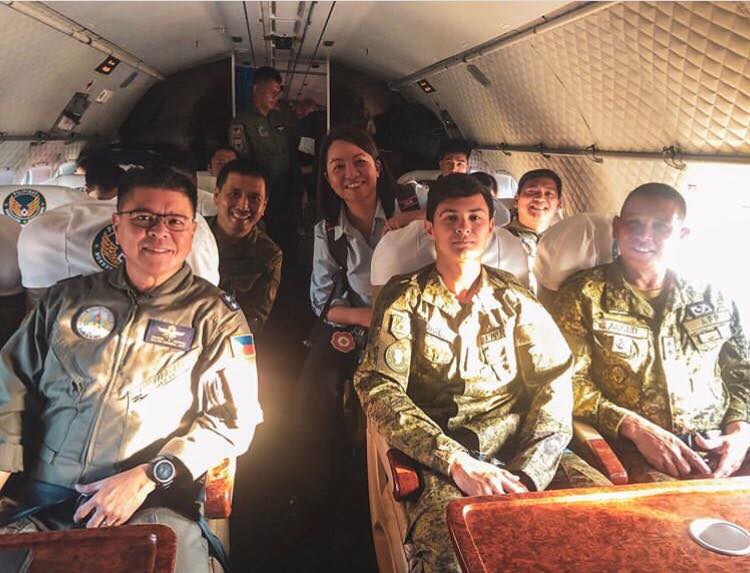 Cebu City, Philippines—Three days after launching his single titled, “Sundo”, Cebuano actor Matteo Guidicelli is back to serving the country.

In an Instagram post, the 29-year-old actor and singer showed photos of him with officials of the Philippine Army while on board a plane to Zamboanga and Cotabato on Tuesday, May 28, 2019.

“With ARESCOM MGen Langub and MGen Gotico, flying out this morning to Zamboanga then proceeding to Cotabato for “Kalilintad sa Timpu sa Ramadan.” Can’t wait to spend time with our kababayans. It will be my first time in the area. Flying out now,” the Cebuano captioned his Instagram photos.

With Guidicelli on board the plane was journalist Chiara Zambrano. She also shared a photo of the Kapamilya actor taken inside the plane.

She said that part of the team’s mission is to meet with the community and speak with internally displaced people about violent extremism in Cotabato and Maguindanao.

Last Monday, businessman and model Nico Bolzico gave hints on his Instagram post that Guidicelli will spend 45 days with the Philippine Army.

“When you arrive there, show the other soldiers this picture we took last night. You will make a strong last impression. Good luck my friend! Make us proud,” Bolzico said.

Guidicelli officially announced that he joined the Philippine Army in April 2019.

Last week, he was promoted from army private to second lieutenant at the Philippine Military Academy in Baguio City.

He was also inducted as a new officer of the Philippine Coast Guard (PCG) Auxiliary 408 Squadron in March 2019. /bmjo