Saladstop! opens one more resto as it eyes bigger slice of healthy diners’ market in Cebu 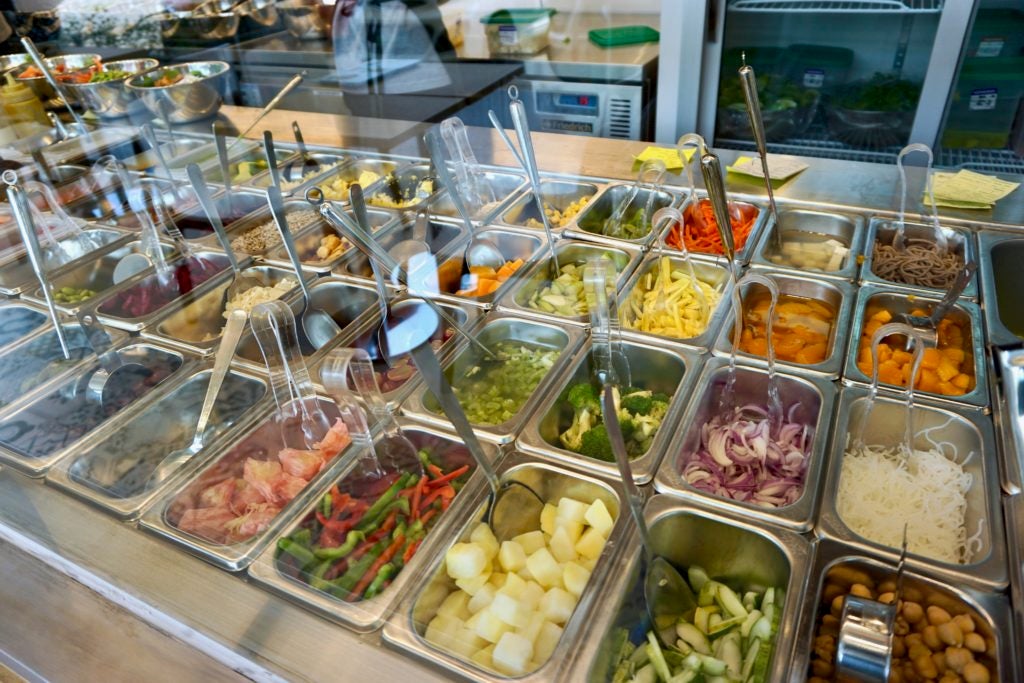 Seeing the need for tasty and healthier food concepts in Cebu, Saladstop! the largest healthy food chain in Asia, expands its operations in Cebu.

Saladstop! Philippines prides itself as the first restaurant in Cebu that introduces a salad bar concept.

It offers over 50 salad ingredients and a variety of dressing options which you can customize according to your palate.

Customers are given the option to order directly from their menu or create their own salad in a bowl or a wrap which they can bring directly to their table.

Since its first branch at the Sky Park of Ayala Center Cebu, SaladStop! has been getting a good reception from the Cebuano community, noting its presence as a major breakthrough in healthy dining as it diversifies its menu and food ingredients to cater to those who doesn’t have a vegetarian and vegan diet.

Its new-found popularity prompted the owners to open another branch in Oakridge Business Park in Mandaue City, which serves as its second branch in the city and its 15th branch nationwide.

Saladstop! Is known for its earth-to-bowl concept which emphasizes its goal to responsibly source its ingredients locally.

According to Tessa Catacutan, Saladstop! Philippines’ marketing manager, she guarantees that its ingredients are fresh and 99 percent sourced from local farms and suppliers in Cebu.

She also added that Saladstop!’s dressings are made from scratch which would make it easy for them to draw inspiration from what’s in season and apply it to their dressings.

It may be a given notion that salads can be quite the price, but for Nana Hidalgo, Saladstop! Philippines merchandising manager, she assures that you get what you paid for.

Each of its servings is quite the fill, with each order good for two to three people.

“We don’t really see it (our products) as expensive, as much as possible we go for value for money. A bowl is actually good for two, and a wrap is being shared as well,” Hidalgo stated.

Saladstop! commits to changing the way people think about their food. This has sparked them to pioneer the movement, to “Eat Wide Awake”.

Drawn from the famous quotation, “You are what you eat”, it has been the core of its talks and marketing campaigns that widely tackle about the importance of proper nutrition and diet.

Over the years, it has been more than just a corporate responsibility for Saladstop! to help people eat good food, but a lifelong advocacy.

With Saladstop’s growing market, its impact here in Cebu has also become more evident, as people’s view on healthy food continues to progress.

Now, more and more Cebuanos, especially the younger generations are more mindful about what they eat and inspired to champion a healthy lifestyle.