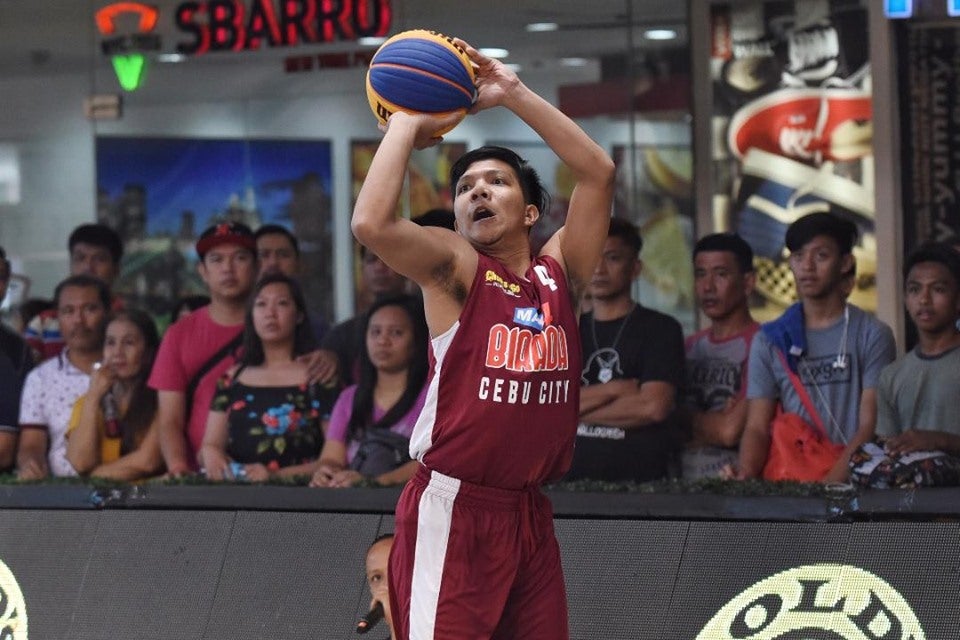 Max4-Birada Cebu failed to score a victory in the second leg of the Chooks-to-Go Pilipinas 3×3 Patriot’s Cup despite the superb performance from guard Darrell Shane Menina. /Contributed Photo

CEBU CITY, Philippines – The Max4-Birada Cebu failed to get a victory in the second leg of the Chooks-to-Go Pilipinas 3×3 Patriot’s Cup as they got crushed by first leg champions Gold’s Gym Pasig Kings and then, the Zamboanga Valientes MLV, on Sunday, June 23, at the SM Fairview.

Cebu — bannered by just a trio of players in University of Cebu star Darrell Shane Menina, former University of the Visayas standout Jerome Napao and former UC reinforcement, Frederick Elombi — opened their campaign with a 11-21 thrashing at the hands of the Pasig quartet of Dylan Ababou, Taylor Statham, Joshua Munzon and Nikola Pavlovic.

Then, Cebu appeared to be on its way to winning over the Zamboanga squad, which is ironically composed of three local players with Cebu roots — former UV beanpole Rino Berame, ex-University of San Jose-Recoletos ace Lyndon Gudez and former M. Lhuillier player Ferdinand Lusdoc along with former San Beda powerhouse, Ola Adeogun.

The team of Dondon Hontiveros was up by as much as eight points and were just a point away from winning as it held a 20-19 lead.

However, disaster struck as Lusdoc canned a two-pointer that allowed Zamboanga to snatch the win and send the Cebuanos back home without a single win./dcb