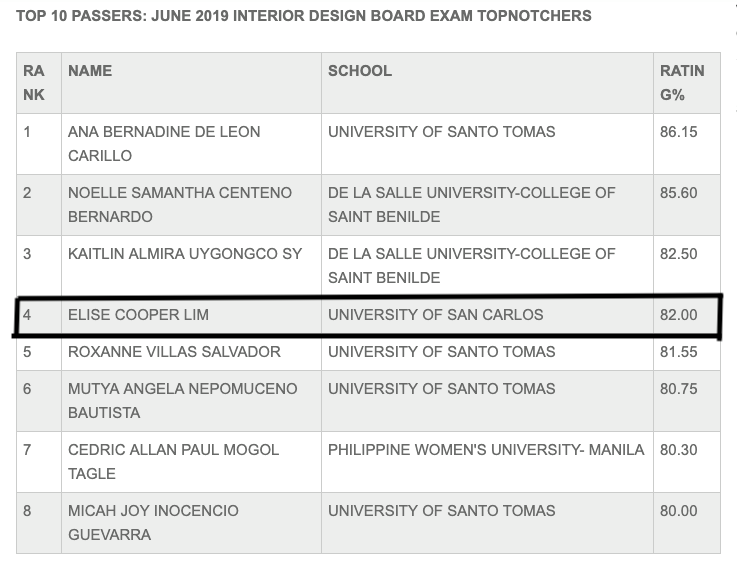 CEBU CITY, Philippines — A graduate from the University of San Carlos – Talamban Campus made it to the top 10 of the June 2019 Interior Designer Licensure Examination.

Elise Cooper Lim placed fourth with a rating of 82.0 percent.

Lim is the only passer in the top 10 who came from the Visayas region.

The Professional Regulation Commission (PRC) announced on Monday, July 15, that 211 out of 320 examinees passed the licensure examination.

Polytechnic University of the Philippines – Main Campus was recognized as the top performing school with a passing percentage of 91.67.