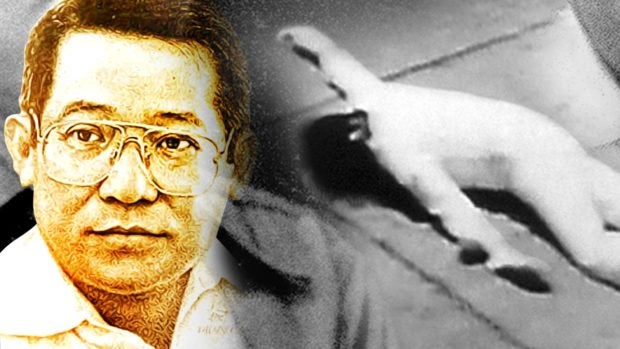 There was a commotion at the airport and then they heard the news: Ninoy was shot.

This happened 36 years ago but Cuenco, a former congressman, says the memory is still fresh in his mind.

To many historians, Aquino’s assassination roused the Filipino’s sense of nationalism and was the impetus that led them to the streets to topple a dictator.

“I cried like a baby,” said Cuenco in his memoriam to Aquino in a privileged speech during the regular session on Tuesday, August 20, 2019.

Cuenco, 83, expressed his admiration of Aquino’s bravery for fighting for the democracy of the Filipinos in an era when it was difficult to do so.

“His (Aquino’s) death wounded the Filipino soul and focused the world’s attention on our nation’s agonizing crimes. Today, we no longer feel the shock and grief of that hideous moment, which we will never forget in all days of ours lives. Yet the memory of his heroism still pervades our lands. His sacrificial offering is etched, imperishably on the soul of our nation,” said Cuenco.

Cuenco said that it was an honor to be called a friend of Aquino, his party colleague from the United Nationalist Democratic Organization (UNIDO).

The Cebu City Councilor said he will continue to fight for the democracy of the country.

Cuenco likened Aquino to a beam of light; he described him as the hope of the Filipinos during those struggling times.

He said he witnessed Aquino’s passion as the martial law hero stayed in Cuenco’s home where he sought refuge in the early years of the fight to overthrow former president Ferdinand Marcos.

On the 36th anniversary of Aquino’s death, Cuenco urged the Filipinos to remember the heroism of Aquino.

He also urged his fellow lawmakers to remember the values of courage and bravery, which Aquino espoused even in the midst of a great political force that tried to suppress him.

For Cebu City Mayor Edgardo Labella, Aquino should be remembered for his heroism, his brave act of going home to fight for his people, and leaving the safety of another country.

“We hope the values of Aquino would remain in us. The Filipino people would always remember him as someone who stood for what is right,” he said. / celr