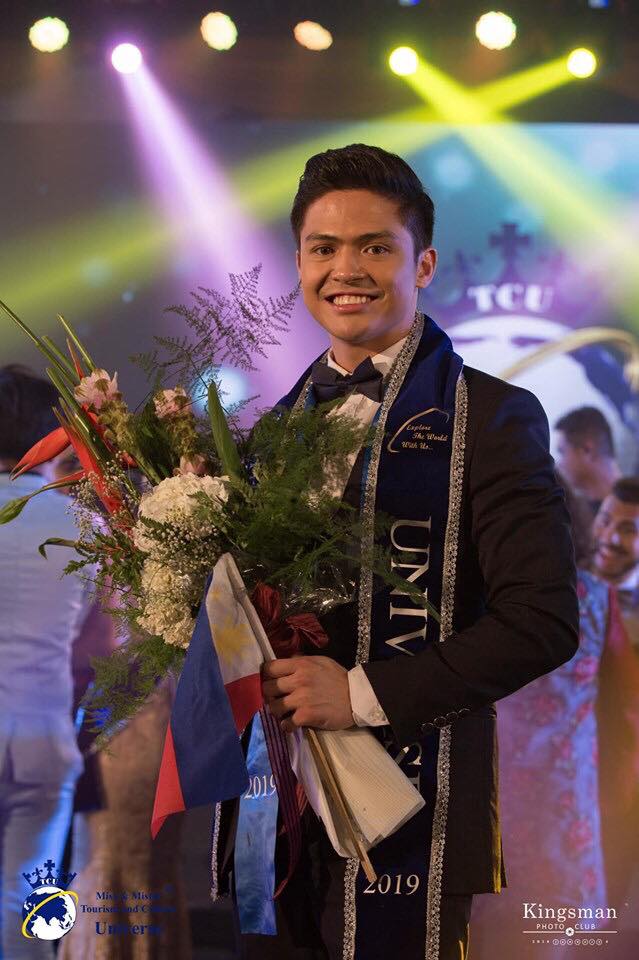 CEBU CITY, Philippines — Cebuano nurse, Yves Campos, has brought pride to the Philippines after winning the Mister Tourism and Culture Universe 2019 held in Myanmar on the evening of August 31, Saturday.

The announcement of winners was made by the pageant’s official page where Campos bested 14 other candidates.

A video of his final question and answer was shared on his official Facebook fan page.

The question was, “As an ambassador of tourism, what will you do to improve and promote the tourism industry worldwide?”

The Cebuano nurse answered, “Technology has been everywhere in our hands. If given the honor to be the next Mr. Tourism and Culture Universe, I will use this to promote tourism. Social media has been the most powerful tool but I believe the best way to do is vlogging. Vlogging is a short video where people can share their experience. Recently, I created a vlog and it created a big impact. If given the chance, I will give my 120 percent to promote tourism through the use of vlogging. Because I believe that tourism is part of our country’s identity and we should be proud of it.”

Read more: Up close and personal with the Misters of Filipinas 2017 winners

CDN Digital tried to reach out to Campos for a reaction but to no avail as of 2 p.m. of September 1, Sunday.

According to Mister Tourism and Culture Universe 2019’s page, the pageant aims to promote local culture and tourism on the international platform.

Before the finals night, Campos shared his introduction and promotional video where he emphasized that Filipinos are friendly, nice, and hospitable to local and foreign tourists.

The Filipino games like luksong baka and palo-sebo were also featured in the video.

He visited religious and historical sites like the Magellan’s Cross and Basilica Minore del Santo Niño de Cebu in Cebu City and the Santa Catalina de Alejandria in Carcar City.

Filipino food was also part of his highlights like tempura, halo-halo, banana cue, and barbecue at Cebu City’s larsian.

Campos is a native of Sibonga town who works as a nurse in Las Vegas, Nevada.

The national title gave him the opportunity to represent Philippines in Mister Supranational 2017 held in Poland where he finished Top 20. | dbs