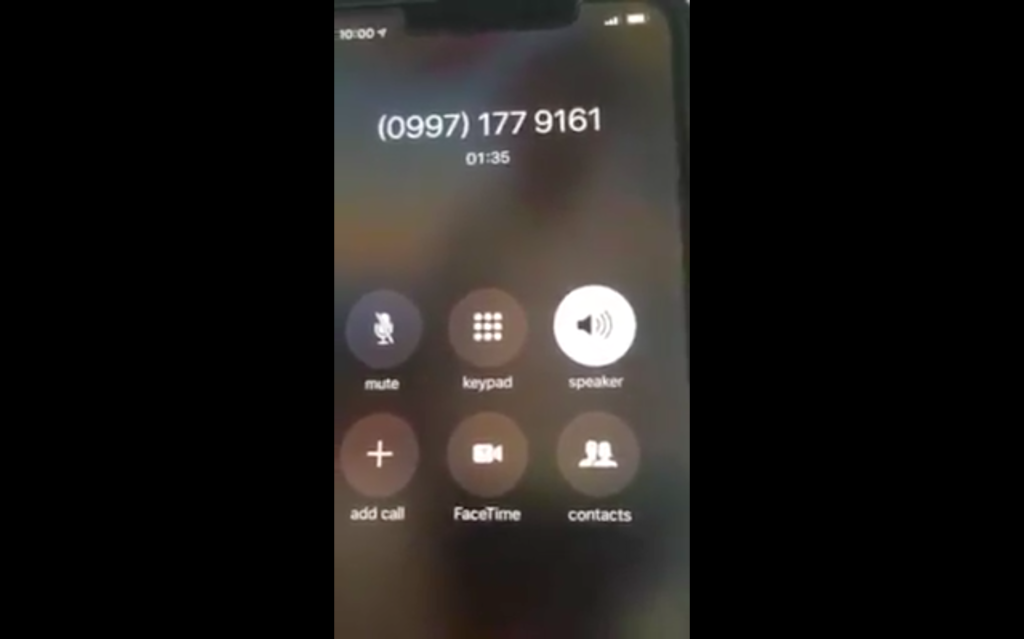 A screenshot of the video posted by lawyer Kim Grace Mendoza, which shows the number used by a man received a death threat from a man. The conversation quickly turned into an extortion attempt as the man said he will not kill Mendoza if she will pay him a certain amount. CDND PHOTO

Labella, who is also a lawyer, said  lawyers receive several prank and threat calls due to their nature of work.

Labella said lawyers, especially those who handle high profile and criminal cases, understand that this is part of the job.

He urged his fellow lawyers to stay vigilant especially that these threats came after the shooting incident that happened outside the Cebu City Hall of Justice which injured veteran lawyer Inocencio Dela Cerna on Monday, September 2.

“Some people may just be riding on the incident just because there are so many people threatening lawyers. They (lawyers) should just be watchful,” Labella said.

“A lawyer’s job is always adversarial. When you defend your client, the other party will always be affected, they will not be happy. That is just the way it is. We just have to let the authorities be on guard always,” added the Cebu City Mayor.

Labella also instructed the Cebu City Police Office (CCPO) to investigate the calls received by  lawyers and trace the number used to call them in order to put a stop to the extortion attempts.

He said there should be “no nonsense” investigation on the multiple incidents regardless of the victim’s profession or financial status because “lives are at risk.”

CDN Digital called the number. It rang several times but nobody answered it.

Mendoza said this is her third time to receive a death threat through calls.

In previous instances, she said the police instructed her to record the call.

She posted the most recent phone call on her Facebook because her fellow lawyers urged her to warn others.

Mendoza said she also reported the incident to the Carcar City Police before she posted a video of the call on social media.

Mendoza urged her fellow lawyers to be careful and to make sure that they confirm the identity of the caller before they believe what they hear. / celr