48,000 Nadal vs Federer exhibition tickets gone in under 10 minutes 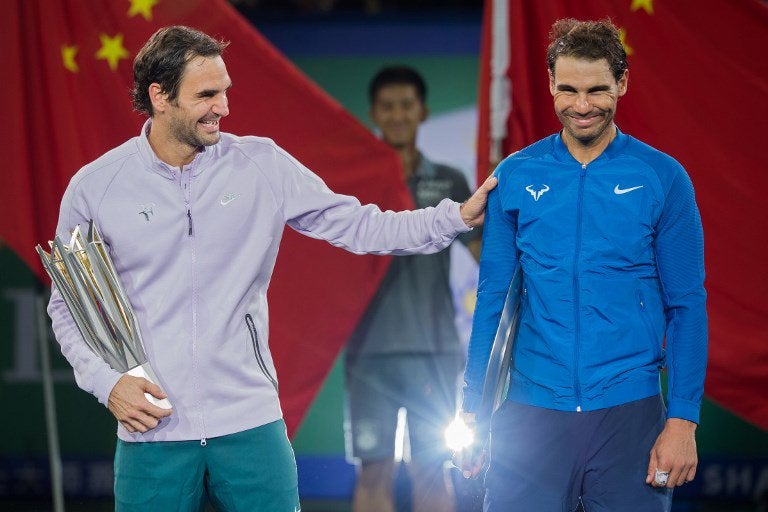 FILE – Winner Roger Federer of Switzerland (L) and second-placed Rafael Nadal of Spain react as they hold their trophies after the men’s singles final match at the Shanghai Masters tennis tournament in Shanghai on October 15, 2017. (Photo by Nicolas ASFOURI / AFP)

The game at the Cape Town Stadium, built for the 2010 FIFA World Cup, is set to break the attendance record of 35,681 for a tennis match set by Kim Clijsters and Serena Williams in 2010 in Brussels.

A spokeswoman for the organizers of the Cape Town match said the tickets were snapped up online and at ticket outlets.

“We are overwhelmed by the enthusiastic reaction on our ticket sales and we sincerely thank you for the overwhelming support,” said Janine Handel, chief executive of the Roger Federer Foundation.

“Lines were opened up by (online ticket sellers) Computicket at 0900 and within a record time of fewer than 10 minutes the tickets were sold.”

Handel said the organizers would consider erecting additional stands to cater for some of those who could not buy tickets Wednesday.

Spaniard Nadal is ranked second in the world and Swiss Federer third with Serbian Novak Djokovic number one.