The ‘HERstoric’ all-women ‘Mariang Pulis’ force in Maria, Siquijor is all about women empowerment 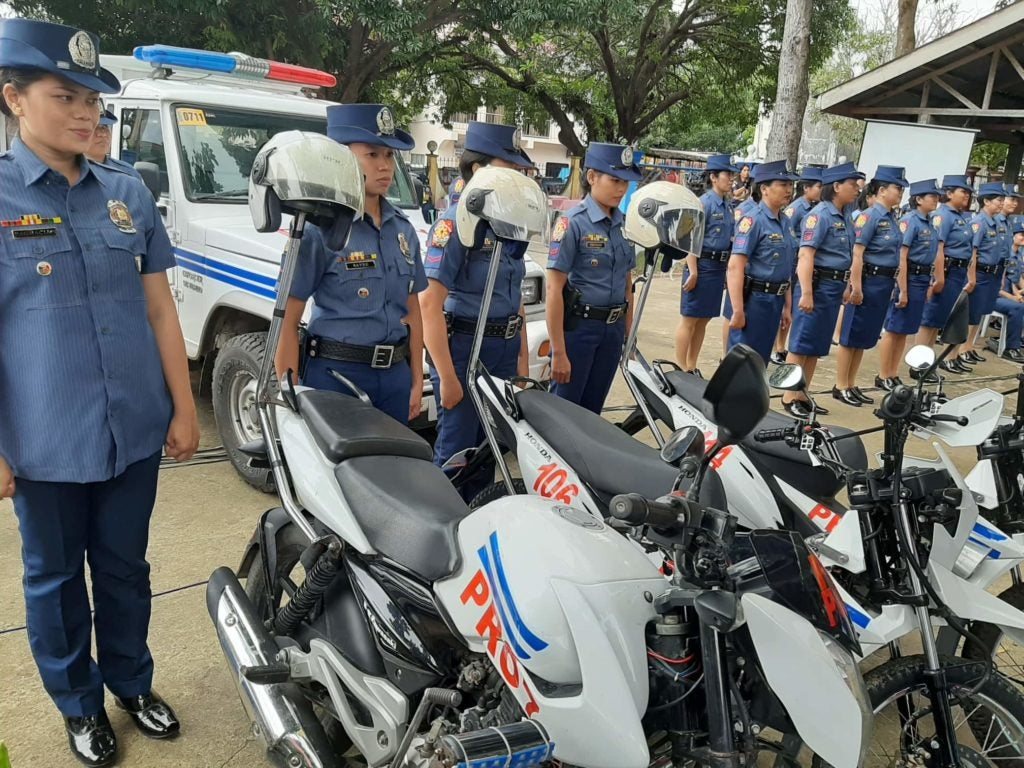 The first all-women police force called ‘Mariang Pulis’ was launched in the town of Maria, Siquijor on Saturday, September 14. | Photo courtesy of PRO-7

This is what Police Colonel Ildebrandi Usana, Police Regional Office in Central Visayas (PRO-7) deputy regional director for administration, has to say after launching the first ever all-women police station in Maria town of Siquijor on Saturday, September 14, 2019.

For the first time since the establishment of the Philippine National Police (PNP), there is now a police station that is administered by an all-women force called ‘Mariang Pulis’ – named after the town where the team is stationed.

In a phone interview with CDN Digital this afternoon, September 15, Usana, who represented Police Brigadier General Debold Sinas, (PRO-7) director during the launching ceremony, expressed his happiness with the presentation of ‘Mariang Pulis’ to the nation and the world as it signifies support of women empowerment amid the current issues about gender roles.

(It’s high time to show the skill and intelligence of the women police officers.)

The all-women police station was  initiated by Police Colonel Angela Rejano, Siquijor Province Police Office (SOPPO) director, and immediately received the backing of  Sinas and the governor and mayors of Siquijor province.

Rojeno, in the statement released Saturday by PRO-7,  said the initiative was a great opportunity for women to fortify their role in law enforcement.

Rojeno herself selected the first 21 ‘Mariang Pulis’ and supervised their training.

The ‘Mariang Pulis,’ according to Usana, will perform the same duties with the other police officers — from road patrol, drug buy-and-bust operations and intelligence monitoring.

(They can also perform the duties we often see done by male police officers.)

Usana added that the all-women police station is not just a mere project but a message of encouragement to give police women equal opportunity as that of the men in uniform. /elb

Man found dead hanging on tree by 4-year-old daughter in Negros Or. town