Talisay City LGU to visit one barangay per week by 2020 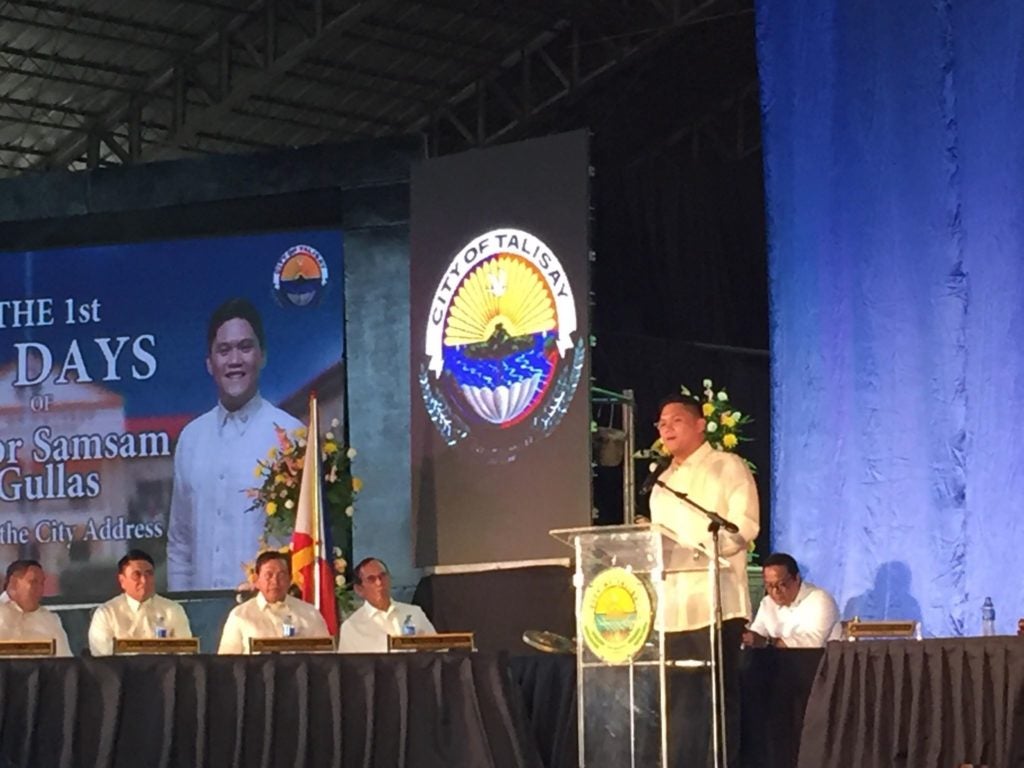 This was announced by Mayor Gerald Anthony “Samsam” Gullas Jr. during his State of the City Address (Soca) on Tuesday, October 8.

Gullas said this is in line with the “Aksyon Agad” mandate of his administration which promises to bring the city hall closer to the people.

Among the services that will be brought to the barangays include legal assistance, business registration and licensing, tax clearances and computation. Services under the Civil Registrar as well as medical needs and veterinary services will also be provided.

“Aksyon Agad (AA) services mean a government that is willing to go the extra mile for its people. AA is a government that will bring its services closer to the people and that’s what we intend to do during this administration,” Gullas said.

Gullas, who is in his first term as a local chief executive, also reported his administration’s accomplishments during his first 100 days in office.

Gullas said he looks forward to a more inclusive administration as he also eyes to tap local communities and other government agencies in the city.

He said Talisay City will roll out its Cream of the Crop scholarship program.

Gullas said he entrusted the  Department of Education (DepEd) Division Office to come up with a set of guidelines and determine the selection process for the scholarship program.

The Office of the Mayor will not have any part in the selection so to avoid suspicions or allegations of politicking.

Gullas also banned prospective scholars from enrolling at the University of the Visayas (UV) which the Gullas family owns.

(I only asked the DepEd one request to include in the guidelines: none of the students will go to UV. I am not comfortable that the scholars go to UV.)

The Cream of the Crop scholarship program entitles its grantees with full tuition, miscellaneous coverage, and P20,000 allowance per semester.

Meanwhile, Gullas said claiming the title as “Tourism City of Cebu” will also be a priority under his administration.

Gullas said the city intends to develop both its coastal and mountain areas into ecotourism spots to promote the city as a destination for families. / celr

Read Next
Sinas: No hazing inside police training center in Cebu