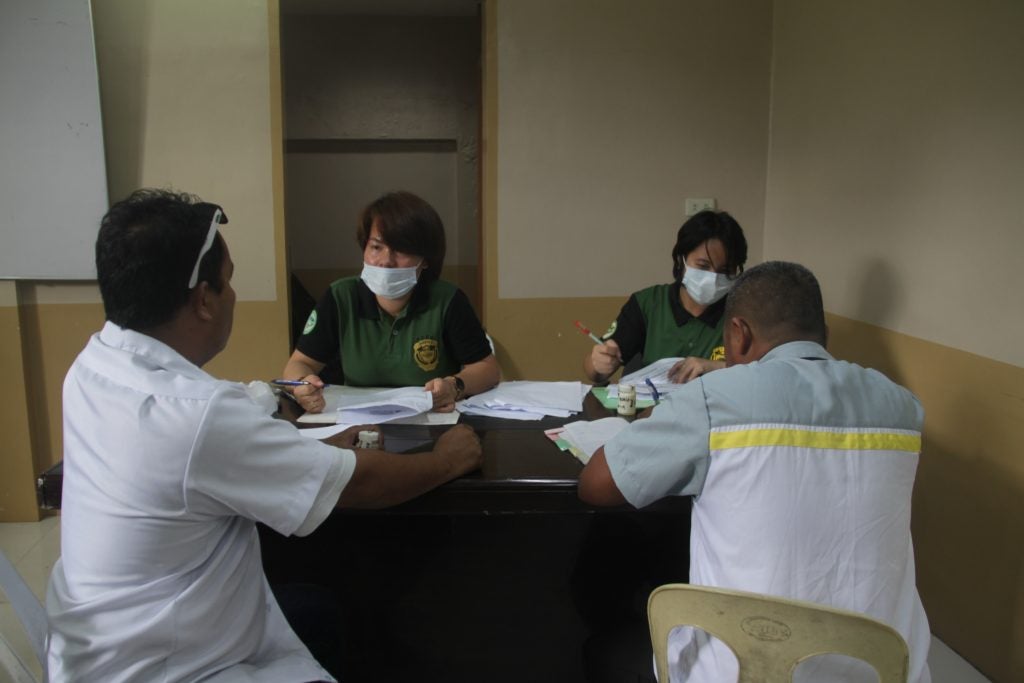 The Philippine Drug Enforcement Agency in Central Visayas (PDEA-7) conducted a surprise drug test among the bus drivers and conductors who use the bus terminals located in the cities of Mandaue and Cebu. | Gerard Francisco

CEBU CITY, Philippines — Bus drivers and conductors were barred from leaving the bus terminals located in the cities of Mandaue and Cebu this morning, October 28, 2019.

They were asked to list down their names and submit a urine sample to waiting personnel of the Philippine Drug Enforcement Agency in Central Visayas (PDEA-7).

Wardley Getalla, PDEA-7 director, said that the surprise drug testing was in compliance with the “Undaspot” campaign of their head office that is meant to ensure safe travel during the All Saint’s and All Souls’ Day celebrations.

“This is to prevent drugs from being the cause of accident,” said Getalla.

A total of 209 drivers and conductors were made to undergo drug testing, but none of them tested positive for illegal drugs use.

Today’s drug testing was already the fifth that they did for drivers of Public Utility Vehicles (PUVs) this year. It was done in coordination with the Land Transportation Office (LTO), Land Transportation Franchising and Regulatory Board (LTFRB), the Police Regional Office in Central (PRO-7), Philippine Coast Guard and Bureau of Customs.

Getalla said they also deployed a K9 team to sniff baggage that were brought into the two terminals and before these were deposited on the bus compartments.

(We wanted to prevent people from transporting drugs during their travels while at the same time ensuring that the drivers are drug-free.)

Ensuring that the North Bus Terminal in Barangay Subangdaku in Mandaue City and the Cebu South Bus Terminal located along Natalio Bacalso Avenue in Cebu City is also part of their campaign to combat illegal drugs use.

Getalla said that they have been receiving reports that most of the drivers who figured in road accidents were those who also use illegal drugs. / dcb