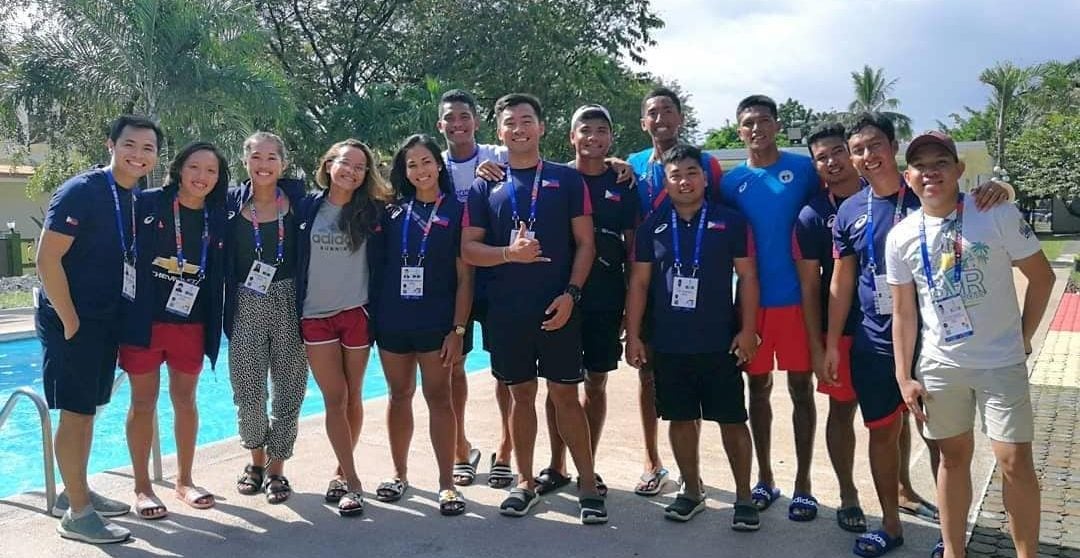 These are the members of the Philippine men and women beach volleyball team. | Contributed Photo

Manila, Philippines — The Philippine beach volleyball men’s and women’s teams are having contrasting fates over at the Subic Tennis Court in Pampanga in the ongoing 30th Southeast Asian Games.

The men’s team has a chance to fight for a gold medal as they advanced to the crossover semifinal round where they will face Thailand.

The women’s team, on the other hand, is already out in the fight for the gold medal.

They, however, have a chance to salvage a bronze medal as they go up against Singapore.

Both men’s and women’s teams have two Cebuanos in their lineup. The men’s have Edmar Bonono and James Buytrago while the women’s have Cherry Ann “Sisi” Rondina and Floremel Rodriguez.

Pairing up with Bonono is Jude Garcia while Buytrago plays with Jaron Requinton by his side.

In the women’s competition, pairing with Rondina is Berhadeth Pons while Rodriguez partners with Angeline Marie Gervacio.

The men’s team won over Timor Leste and Malaysia but lost to Indonesia.

The women’s won over Vietnam and Malaysia but lost to Indonesia and Thailand.

The beach volleyball event will resume Wednesday, December 4, at the same venue. / celr

Read Next
Capitol employees to have ‘modest’ Christmas party, bonus