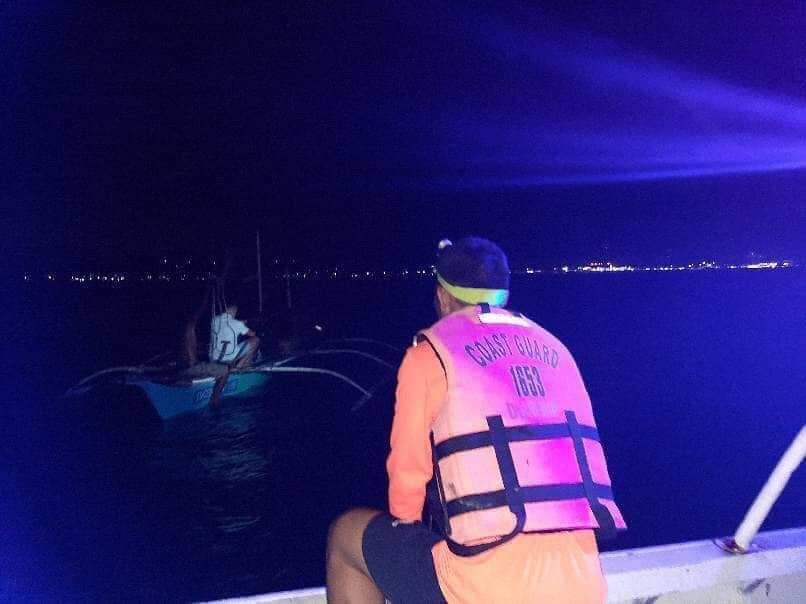 A motorized banca is rescued off the coast of Danao City northern Cebu on Monday evening, December 23, 2019. | contributed photo

CEBU CITY, Philippines—A motorized banca was rescued by the coast guard off the coast of Barangay Taytay in Danao City northern Cebu on Monday evening, December 23, 2019.

In a statement released to the media on December 24, 2019, the Philippine Coast Guard in Central Visayas (PCG-7) said the motorbanca with at least six passengers and an operator, departed Camotes Island at around 5:50 p.m. even as typhoon warning signal number one was issued by the weather bureau earlier in the day due to Typhoon Ursula.

Camotes Island and other parts of Northern Cebu was placed under signal number one, which indicates that sea vessels are prohibited from sailing in the area.

The owner of the banca, Petronilo Colarte, said the engine of their banca conked out while en route to Danao Port from Camotes Island.

Upon report to PCG Danao substation, the motorbanca was rescued and towed to the Danao Port and the motorbanca is detained pending investigation for sailing despite the typhoon warning.

Encina said that all Coast Guard personnel are on guard for possible incidents this Christmas eve as Typhoon Ursula is expected to landfall in Eastern Samar within Tuesday, December 24, 2019.

Signal number 2 has already been declared in various areas in northern and central Cebu and other parts of Central Visayas.