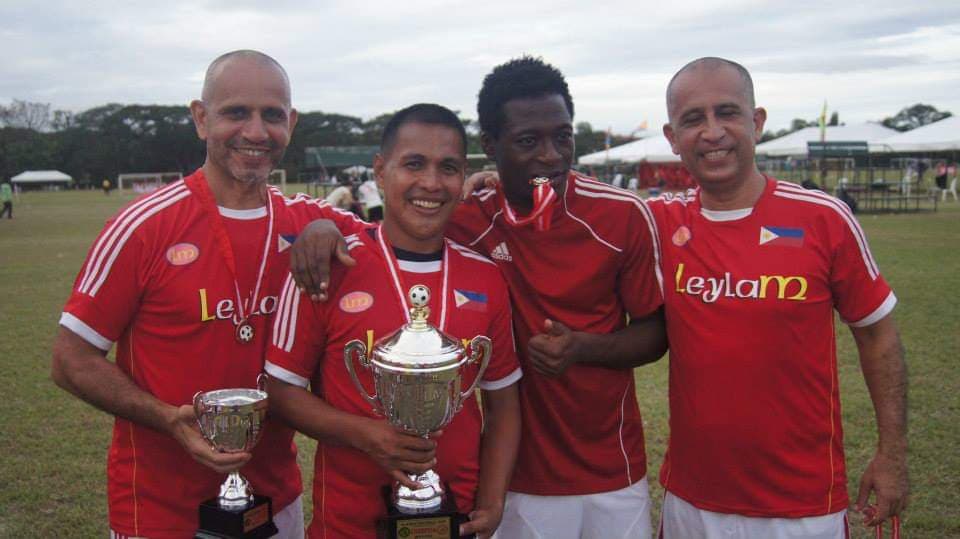 This is what the owners of Leylam FC, Ugur and Gem Tasci, said on the decision to allow their head coach, Oliver “Bingbing” Colina, to take the coaching position with professional football club Kaya FC.

“To be fair to coach, we are sharing him. We are just letting them borrow him for this time. If it will work, we will see,” said Ugur Tasci.

Colina, who has been the head coach of Leylam FC since it was formed in 2012, has been tapped by Kaya FC to coach them to the Asian Football Confederation (AFC) Cup from February to May.

“It is a very big help and very advantageous for Cebu, especially that coach Bing said he will not leave Central Visayas. He pledged to support CVFA so perhaps he can prioritize us if ever his pro club will have activities like clinics or even tryouts, maybe he can help some Cebuanos join. I told him that CVFA is open should they have plans to come to Cebu,” said Orale.

Gem Tasci, who was not in Cebu when Colina asked for permission to coach the pro club, also gave him the nod.

“I understand you have dreams and goals. Leylam FC is your home. Always, you will come back. It’s a pleasure all those years, all these success and memories. Good luck and God bless,” read a message that Gem Tasci sent to Colina.

Colina said that he had personally asked to take a four-month leave with the teams that he is handling here in Cebu. Aside from Leylam FC, he is also the head coach of Sacred Heart School-Ateneo de Cebu (SHS-AdC) Magis Eagles.

“The opportunity for him to coach at the top level was key. Let’s see how this develops,” said Rico Navarro, the athletic director of SHS-AdC which also approved his leave of absence.

Navarro agreed that Colina coaching a professional club to the AFC Cup is also good for the Cebu football community as a whole.

“Any Cebu product going to the top level is always good for Cebu Football,” Navarro said.

Meanwhile, Colina expressed his gratitude to those who supported his move.

“I am very thankful to the two brothers (the Tascis), and also to Ateneo, to sir Rico (Navarro) and Fr. Manny (Uy, SHS-AdC president) for allowing me to have this opportunity,” said Colina.

Colina is just one of the two Cebuano football coaches who has an A license. The other is Bro. Mari Aberasturi, who coached the Don Bosco Boys Home (DBBH) for the longest time.

Colina took up his Asian Football Confederation (AFC) ‘A’ Coaching Certificate Course handled by the Philippine Football Federation (PFF) in 2017 and 2018. He got his A license in July 2019.

“That is the bad news. But what’s more important is that I want coach Bing to really do what he deserves, it’s not just experience actually, I was telling some it’s the experience but it’s not all,” explained Ugur Tasci, who added “I don’t want him to be stuck, while we are putting the football fields, while we are waiting for Cebu football level becoming one level up.”

He further said that “at his young age he has already achieved a lot of success here in Cebu, so we are sharing him. Share your blessings.” /bmjo