Taho vendor gunned down in Cogon-Pardo 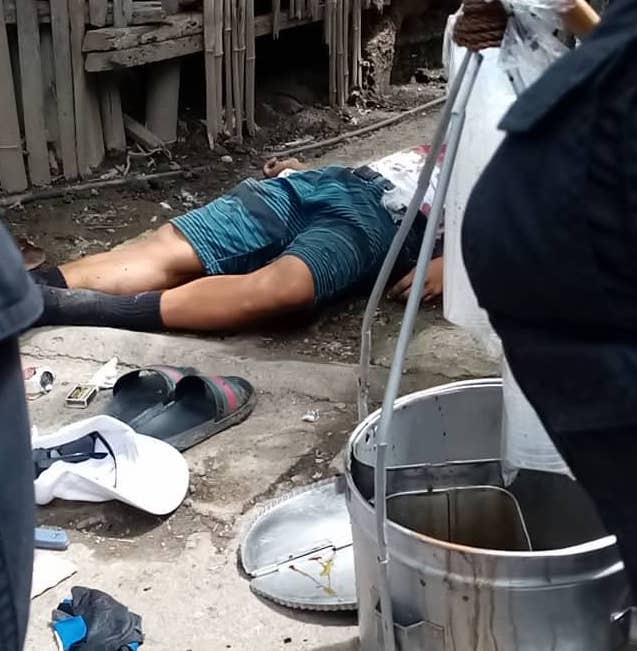 The body of a taho (soy pudding) vendor lies on the pavement after he was gunned down in broad daylight in Barangay Cogon-Pardo, Cebu City by still unidentified perpetrators. CDN Digital photo | Paul Lauro

CEBU CITY, Philippines—Police in Cebu City are now investigating the death of a taho (soy pudding) vendor who was gunned down in broad daylight in Barangay Cogon-Pardo, Cebu City by still unidentified perpetrators.

Police Master Sergeant Julieto Elarcosa of the Pardo Police Station said they are still determining the identity of the victim, who was killed in Sitio Little Hawaii, Barangay Cogon-Pardo on Thursday, February 13, 2020.

“The victim had no IDs with him. He only had his taho with him,” said Elarcosa.

Elarcosa said they are looking into the possibility that the taho vendor was mistakenly identified as an asset.

“Maybe this is a case of a mistaken identity, considering that drugs proliferated here,” he added.

Police said they received reports of a shooting alarm around 9 a.m., Thursday.

Two empty shells from a .45 caliber were retrieved from the scene. /bmjo