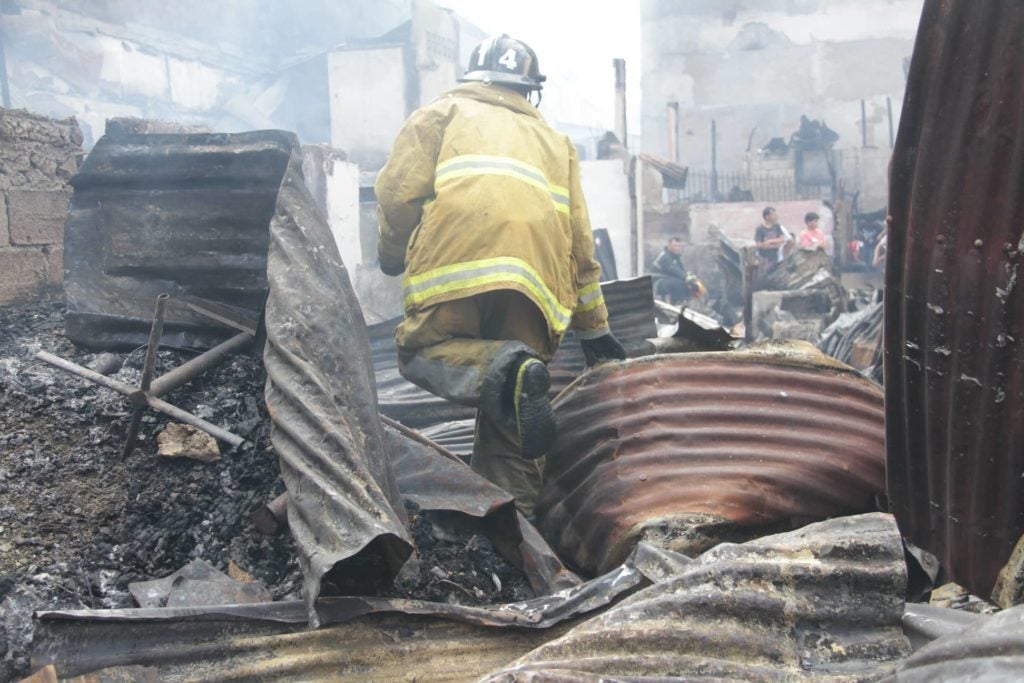 s A firefighter inspects what is left of a house, which is among the 32 houses razed by a fire that hitin Sitio Amor, Barangay Sambag 1, Cebu City a 2:35a.m. on Saturday, October 19, 2019.|CDND Photo/Gerard Vincent Francisco

CEBU CITY, Philippines — The Commission on Audit (COA) has issued an audit observation memorandum (AOM) to the Cebu City government for using the quick response fund (QRF) of the city on fire-struck barangays in 2019 without fulfilling the requirements of a state of calamity.

In the AOM, the COA noticed that the city charged P20.8 million from the 30 percent QRF  on 11 barangays for different fire incidents from January to October 2019.

The COA has verified through the Breakdown of Obligation submitted by the City Accountant on December 31, 2019 that the city has charged the P20.8 million from the 30 percent QRF funds, which had been distributed to the affected barangays.

However, upon verification of COA, the condition of at least 20 percent population affected in the calamity was also not met by any of the barangays that declared a state of calamity.

“Section 6.3 of the NDRRMC-DBM-DILG Joint Memorandum Circular No. 2013-1 dated March 25, 2013 provides that the release and use of the 30 percent QRF shall be supported by a resolution of the local sanggunian declaring the LGU (local government unit) under the state of calamity,” said COA in the memorandum.

Aside from the 20 percent of the population affected, the city can also declare state of calamity if 40 percent of livelihood has been destroyed; major roads or bridges have been destroyed or become impassable; widespread destruction of agriculture, livestock, and aquaculture; and disruption of utilities such as electricity, water, communication, and transport that cannot be restored within one week.

“In this case, although there was a resolution from the Sangguniang Barangay and/or Panglungsod declaring the state of calamity, such could not be considered valid since all the above-mentioned conditions to declare such were not met. Thus, the financial assistance given to the fire victims should not have been charged under the 30 percent QRF,” said COA.

The COA also said that the state of calamity for Barangay Duljo Fatima should not have been made without the declaration of the barangay beforehand.

Councilor Raymond Alvin Garcia, the council’s majority floor leader and the chairperson of the committee on budget and finance, told CDN Digital in a phone interview that they would review the COA memorandum in order to address the concern.

The letter has already been forwarded to the City Disaster Risk Reduction Office for response as well.

Garcia refused to comment on the COA memorandum as of press time until he has studied the documents./dbs