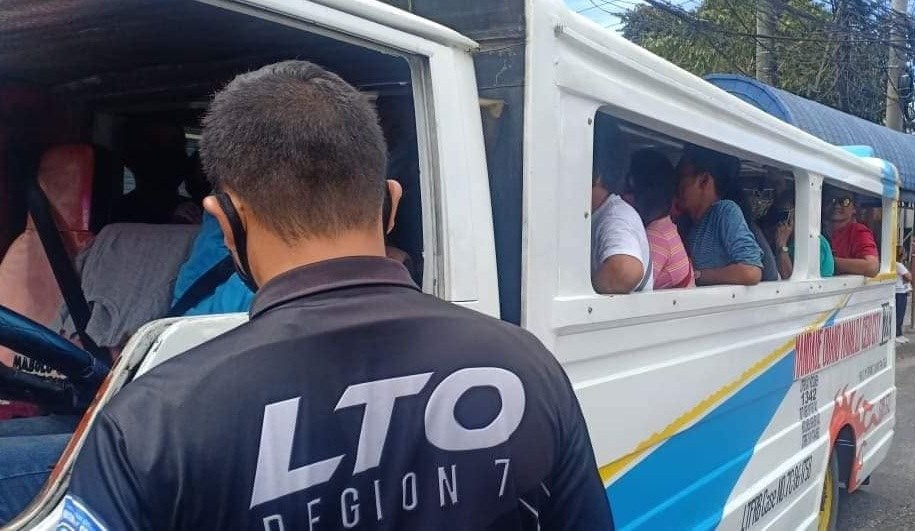 CEBU CITY—Victor Caindec, director of the Land Transportation Office in Central Visayas (LTO-7), is urging the public to follow the social distancing measures implemented in Cebu to avoid the possibility of a lockdown being implemented here.

Caindec on Facebook live on Tuesday, March 24, 2020, to address several complaints about the social distancing measures being implemented on the different modes of transportation.

LTO-7, led by Caindec, has been apprehending drivers who refuse to heed the social distancing policy for public utility vehicles. Social distancing is among the measures being implemented to slow down or prevent transmission of the novel coronavirus.

Cebu Governor Gwendolyn Garcia and other local executives in Cebu have agreed not to impose a lockdown so that those who needed to work could still go to their respective workplaces. Instead, they only imposed a 24-hour curfew for seniors and minors and a limited curfew for the rest.

A new study conducted by the Imperial College of London COVID-19 Response Team found that a lockdown works by reducing the number of infections. The study concluded that suppression through the elimination of human-to-human transmission is “the only viable strategy at the current time.”

Caindec noted that the local government executives might have to resort to lockdown, similar to what is now being implemented in Manila, if the public won’t heed or follow the social distancing rule.

During the lockdown period, all residents in Metro Manila have to stay home except for those who have essential jobs, such as medical practitioners or employees of drug stores and supermarkets. There were no transportation available, making it difficult for those who don’t own vehicles. Also, only one family member is allowed to leave their residence to buy groceries and other necessities.

Some commuters expressed anger over the no-backride policy while expressed confusion over changes in the pronouncements on the said policy.  Comments were posted on the LTO-7 Facebook page and on Caindec’s personal FB account.

At the onset, LTO employees had implemented the no-backride policy but Cebu officials led by Secretary Michael Dino, Presidential Assistant for the Visayas, had asked for a reconsideration for the motorcycle driver’s family members to be allowed as backriders.

Caindec said they understood the situation of motorcycle owners but they had no choice but to implement the DOTr policy.

“Government leadership has decided that in view of recent developments, it would be better for everybody that the no-back rider policy be implemented,’ he explained in a recent post on his FB page . “We tried to present our case and move for a ‘consideration,’ resulting in allowing family members as backriders for a few days.”

However, Caindec noted that the government had to strictly implement the social distancing rule without any exception. He revealed that he had received several calls, two from DOTR undersecretaries and one from an assistant secretary, calling for strict implementation of this policy.

Aside from the no-backride policy, part of the social distancing measures is the one seat apart policy implemented in public utility vehicles as well as privately-owned vehicles, Caindec pointed out.

Meanwhile, Caindec announced that LTO-7 would not collect penalties from those whose driver’s license or vehicle registration has expired during the duration of the closure of their offices here, which started on March 23.