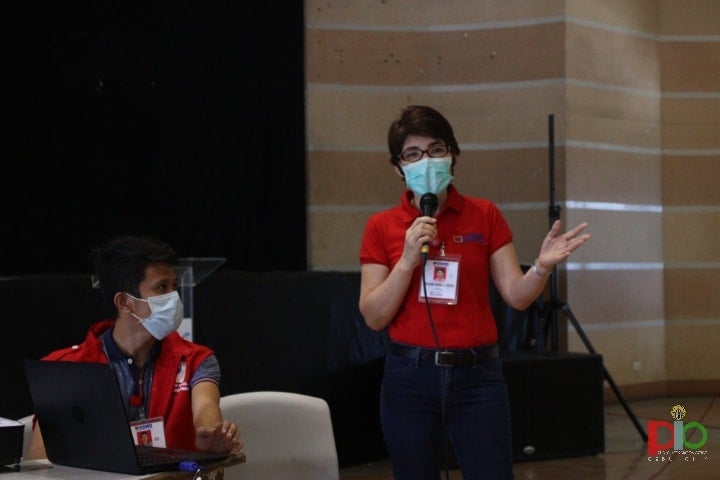 CEBU CITY, Philippines — The Department of Social Welfare and Development in Central Visayas (DSWD-7) told barangay chiefs in Cebu City to prioritize the informal settlers for the listing of the beneficiaries of the Special Amelioration Program (SAP).

DSWD-7 Assistant Director, Shailaine Lucero, told the barangays chiefs of Cebu City in a meeting on Black Saturday, April 11, 2020, that the guidelines for the SAP beneficiaries had to be strictly followed so that the allotted budget for 122,000 informal economy families would go to those who deserve it.

She said that there were certain families who were qualified for the P6,000 SAP including families whose income were heavily affected by the COVID-19 (coronavirus disease 2019) such as those families whose breadwinners lost their livelihood due to the enhanced community quarantine (ECQ).

Read more: Who can avail of the Special Amelioration Program in Cebu City?

Lucero said the DSWD had understand the plight of the barangays that they did not know where to start.

With this, she said they could start by profiling the informal settlers and asking help from associations of vendors, drivers, or construction workers.

Since Cebu City is a first-class city, the poorest of the poor are most likely located in informal settler communities.

Yet Lucero asked the barangays to scrutinize the families well as many might claim that they were the poorest of the poor, but their total family income could still sustain their needs.

“Makita man na dayon sa mata kinsay pobre gyod. Bati lagi silag gipuy-an pero naa man pud silay duha ka nindot nga sakyanan, di na pobre. (You can see it easily who are really poor. Even if they live in a dilapidated house, but they have two nice cars, then they are not poor),” said Lucero.

She said that if the family would have members who were senior citizens, persons with disabilities, lactating mothers, or repatriated overseas workers, then this would be a sign that they would be qualified for the SAP.

Yet, if the family has multiple members of any of those mentioned, they are still considered as one unit and entitled only to one SAP card.

(Do not worry too much of the number. If the allocation for Cebu City is really not enough, continue to do profiling and ask the families to fill-up SAP form subject to DSWD approval so we can send a request to the President to increase the SAP allocation for the city. But [we] don’t promise anything.)

The barangays are only required to profile the beneficiaries of SAP who are not part of the DSWD’s Pantawid Pamilyang Pilipino Program (4Ps) and Listahan ng Mahihirap as these beneficiaries will receive their SAP through their existing cash cards./dbs

Read Next
Do you know the images paraded during Holy Week processions?