LTFRB: No fare increase on all PUVs once ECQ is lifted 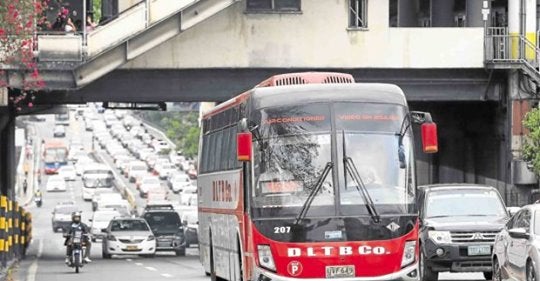 MANILA, Philippines — Fares for all kinds of public transport will not be increased once the enhanced community quarantine (ECQ) is lifted in Metro Manila and other areas.

This is to not further burden the commuting public, which has been adversely affected by the quarantine period, Land Transportation Franchising and Regulatory Board (LTFRB) chairman Martin Delgra said on Monday.

“We don’t want to add to the burden of the commuting public at this point in time so LTFRB, in consultation with DOTr, decided not to increase the fare for all types of public transport that would be allowed to run on the road,” he said during a Senate public services committee hearing.

ECQ in Metro Manila is expected to lapse after May 15, yet the government has yet to decide whether or not it will be extended or instead place some areas under general community quarantine (GCQ).

Under GCQ, mass public transport will be allowed but with some restrictions due to public health considerations, Delgra said. Physical distancing will have to be followed, among other non-pharmaceutical interventions against COVID-19.

READ: Mass transport suspended all over Luzon under enhanced quarantine

Public vehicles must first secure special permits from the LTFRB before they will be allowed to ply the road. They may also not be able to run their regular routes as this will still also depend on LTFRB and local government units.

Delgra explained that units with greater capacity for transporting passengers will be given priority in the issuance of special permits, thus modern buses will be given first followed by modern jeepneys and then traditional jeepneys.

The Department of Transportation (DOTr) has come up with a financial package for operators and drivers to help them run their routes, considering that they will only take in half of their capacity.

Read Next
Airlines seek P 8.6B in monthly subsidy