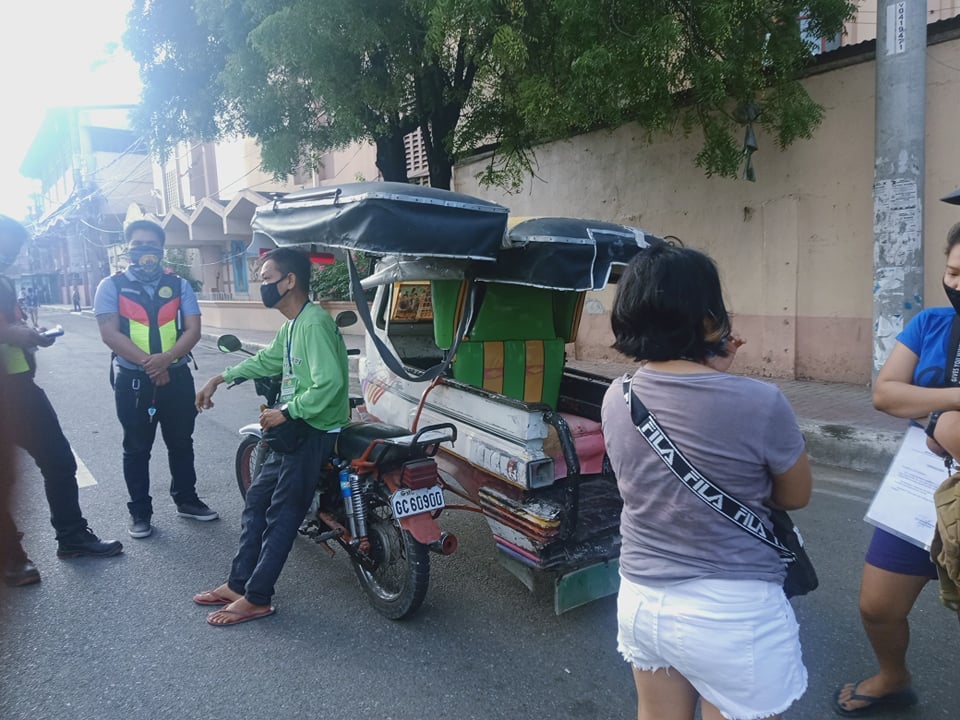 The Cebu City Transportation Office (CCTO) apprehended drivers of eight e-bikes and one tricycle while at the Carbon Market area this Wednesday morning for various traffic violations. | Photo courtesy of CCTO

CEBU CITY, Philippines — The Cebu City Transportation Office (CCTO) has been getting complaints on abuses by drivers of tricycles and e-bikes that operate especially in the vicinity of the Carbon Public Market.

On Wednesday morning, June 3, 2020, traffic enforcers arrested and issued citation tickets to eight e-bike drivers and one tricycle driver because of their failure to present registration documents.

Their vehicles were also impounded.

(We have been getting numerous complaints especially on the operation of e-bikes at the Carbon [Market] area because they would counterflow and stop just anywhere and disregard traffic lights that often result in accidents.)

The CCTO post said that while the agency has been trying to understand the drivers’ need to earn, they cannot also continue to disregard the abuses that they have been committing.

(We tried to be lenient to allow them to also earn while there is the threat of COVID-19, but they have been abusing by not practicing social distancing and for disregard of traffic rules and regulation.)

Under existing laws, e-bikes and tricycles are supposed to only ply barangay and second roads in the city.   The franchises are e-bikes are issued by the barangays while tricycles registered at City Hall. / dcb