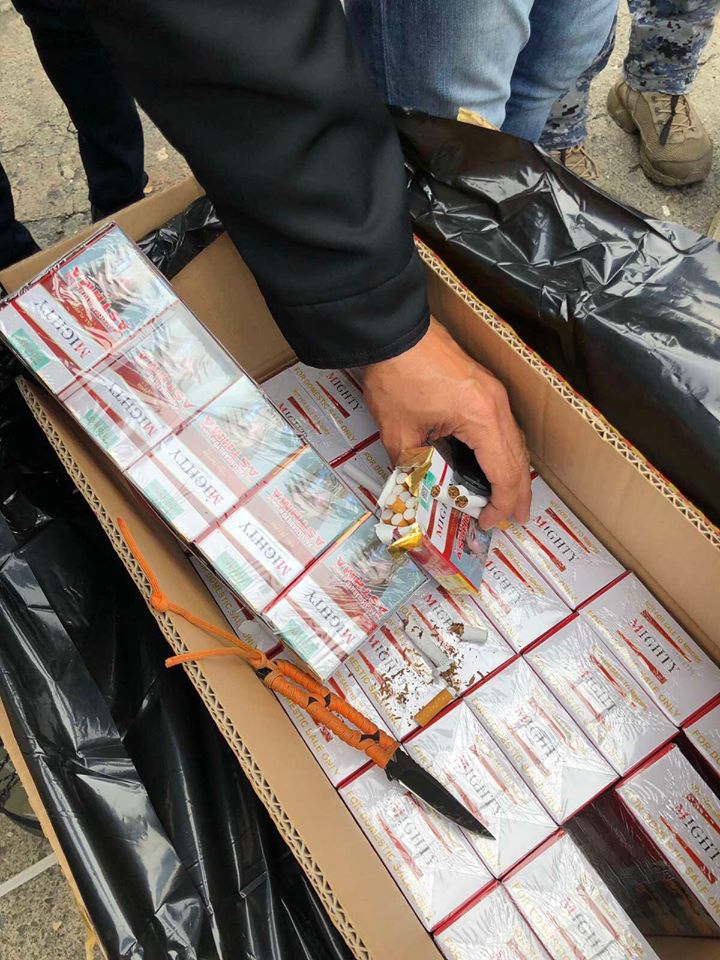 In a statement on Facebook on Thursday, June 11, 2020, BOC – Cebu Port announced that the value of the alleged fake cigarettes amounted to P76 million.

The boxes containing the cigarette packs, they said, were found inside one container van. Based on the photos posted by BOC – Cebu Port, each box was stamped with an illustration of kitchen utensils such as cooking pots and oval dishes.

“The shipment, which was consigned to Giomab Trading and misdeclared as ‘oval dish,’ arrived from China on Wednesday, June 10, 2020,” the agency said.

Before the confiscation took place, BOC – Cebu said a Pre-Lodgment Control Order was issued upon the container after they received a “derogatory report” from its Customs Intelligence and Investigation Service.

They added that physical and X-ray inspections were further conducted on the questionable goods, and were later confirmed to have contained undeclared cigarettes.

“Acting District Collector Atty. Charlito Martin R. Mendoza has issued a Warrant of Seizure and Detention against the entire shipment for violation of Section 1401 “Unlawful Importation or Exportation” in relation to Section 1113 “Property Subject to Seizure and Forfeiture” of the Customs Modernization and Tariff Act,” BOC- Cebu said. /bmjo