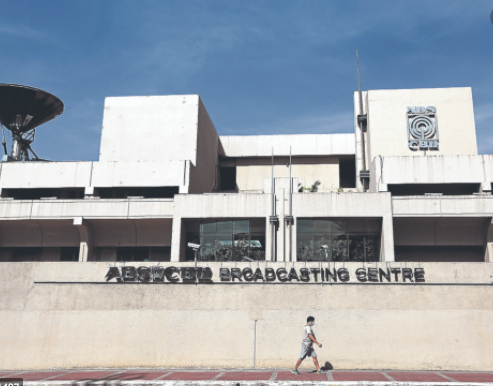 MANILA, Philippines — The franchise bid of media giant ABS-CBN was denied Friday by the House of Representatives Committee on Legislative Franchises after a series of hearings.

With all eyes on the House panel waiting for the fate of the embattled network, Palawan 1st District Rep. Franz Alvarez, the chairperson of the House committee, announced that an overwhelming 70 lawmakers voted to adopt the technical working group’s (TWG) report titled: “Resolution Denying the Franchise Application of ABS-CBN Corporation to Construct, Install, Establish, Operate and Maintain Radio and Broadcasting Stations in the Philippines”.

Only 11 lawmakers voted against the report, while two inhibited and one abstained.

This essentially means that the resolution was adopted, marking the denial of ABS-CBN’s franchise application.

A total of 85 members registered their votes—of which 46 are regular members and 39 ex-officio members of the committee. As such, it would have only taken 43 votes to get the majority.

The committee likewise moved to adopt the recommendations of the report which includes a House probe, in aid of legislation, the practice of issuance of Philippine Depositary Receipts (PDRs) for industries required to be wholly owned and managed by Filipinos.

Further, the report also recommended that a relevant committee in the House probe, in aid of legislation, on the “various digital platform offerings of broadcast entities in order to protect the public interest and ensure compliance with legislative franchises or recommend amendments thereto to take into account technological advancements in digital broadcasting technology.”

Other issues that can be probed, the report recommended, are the current state of giving tax incentives to “prevent abusive tax avoidance measures” and questions on how ABS-CBN was able to recover its properties from the government “without recourse to the mandated procedures.”

The vote came after the House legislative franchise and good government and public accountability committees held 13 hearings tackling various issues such as citizenship of the network’s chairman emeritus Gabby Lopez, alleged labor violations, tax evasion, as well as alleged political bias, among others.

With the franchise bid of ABS-CBN denied at the committee level, what’s next?

House Deputy Minority Leader and Bayan Muna Rep. Carlos Zarate, an ex officio member of the committee, told INQUIRER.net that there are remedies that ABS-CBN and lawmakers who are for the franchise can resort to including the re-filing of a new bill which shall undergo the same process that the denied bills for the franchise went through.

Zarate also disclosed that there is a rule where a lawmaker who voted with the majority—in this scenario, a person who voted against the franchise renewal—can file a motion for reconsideration.