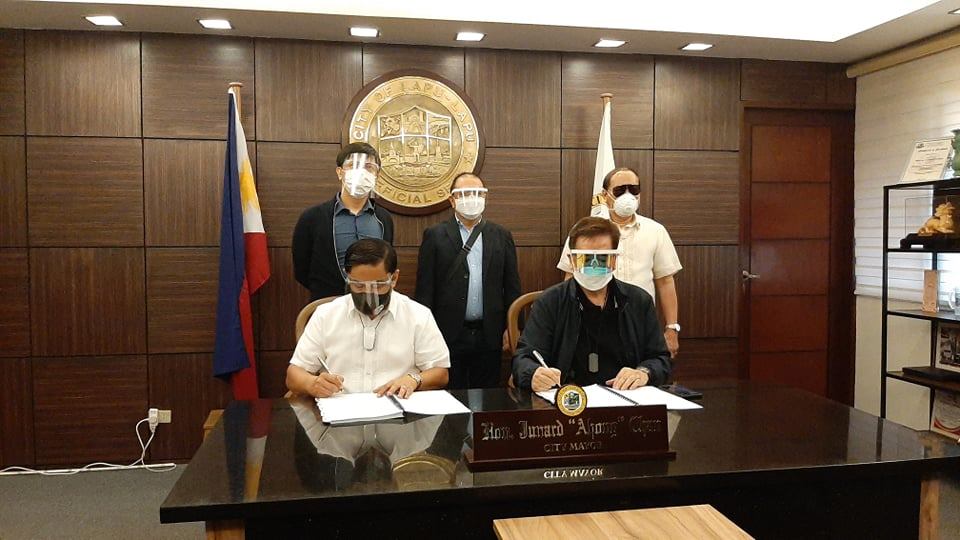 CEBU CITY, Philippines — A 203-hectare reclamation project that is eyed to solve the traffic congestion problem and provide for the relocation of informal settlers in Lapu-Lapu City may start to roll at the end of the third quarter of 2020.

The project will cover the shores stretching from barangays Punta Engaño to Canjulao.

On Friday, August 7, 2020, Mayor Junard “Ahong” Chan signed a Memorandum of Agreement (MOA) with the Mactan Bluewater Development Consortium for the development.

According to the city’s Public Information Office (PIO), the reclamation project has been granted approval by the Philippine Reclamation Authority and was also given authority by the City Council.

Once the project is complete, the city government will have a total share of 52 percent of the reclaimed area while 48 percent will go to the developer. The project, however, will be at no cost to the city.

Chan said the entire reclamation area will be for mixed-use as it would cater to tourism, commercial, and industrial developments, and a park.

In a news release from the PIO, Chan said the city will put-up its coastal highway, spanning 30-meters wide, on the reclaimed area that is expected to solve the traffic congestion problem in the city’s thoroughfares.

The to-be reclaimed area will also cater to a socialized housing project for the relocation of informal settlers in the city.

Chan said the socialized housing project will be the implementation of Proclamation No. 346 signed by former president Gloria Macapagal-Arroyo in 2003, reserving a 25-hectare land for socialized housing in Barangay Canjulao. /bmjo

Read: 1,500-hectare reclamation in Cordova to push through