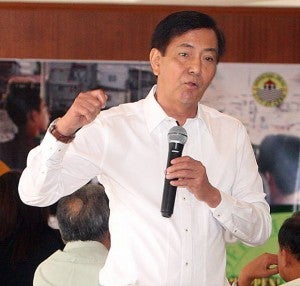 Cebu City Mayor Michael Rama will deliver his State of the City Address (SOCA) at the Cebu City Council Session Hall on July 2, Wednesday at 10 a.m.

This will coincide with the council’s opening session of its second year when changes in committee assignments will be held.

The mayor’s previous SOCAs in 2011 and 2012 were held at the Plaza Sugbo grounds fronting the Cebu City Hall’s legislative building.

Rama broke away from the Bando Osmeña-Pundok Kauswagan (BO-PK) in 2011.

Last year, he delivered his SOCA at the session hall.

“We are doing the preparations hand in hand with the council,” City Administrator Lucelle Mercado said.

A Holy Mass will be held in the morning followed by a flag raising ceremony at the Plaza Sugbo.

He will be fetched in his office by a committee of three members of the council, said  Vice Mayor Edgardo Labella.

Labella said there will be “minor” changes in the committee assignments of the council.

Read Next
Resu declares measles outbreak at CPDRC; 42 inmates down