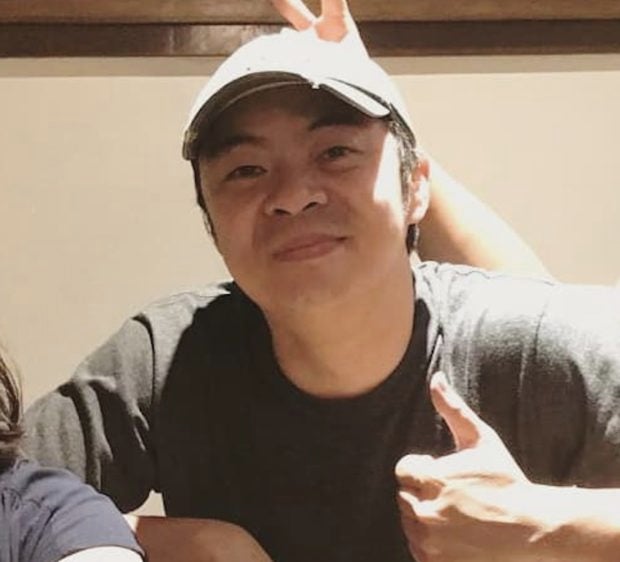 After one netizen hurled expletives at fans of South Korean groups Blackpink and BTS and called them names through a Facebook comment, Miranda could not help but set things straight.

(I like them. They are so good. If you do not like them, it is okay. What I do not understand is why you are so mad at those who like them hehe!)

“Peace and respect lang parekoy (only, brother). Kanya-kanyang trip lang ‘yan (We have our own preferences),” the OPM icon added.

Miranda shared a screenshot of the exchange between him and the netizen through another comment on Parokya ni Edgar’s Facebook post yesterday, Dec. 2, where he celebrated the band’s inclusion in the said charts. 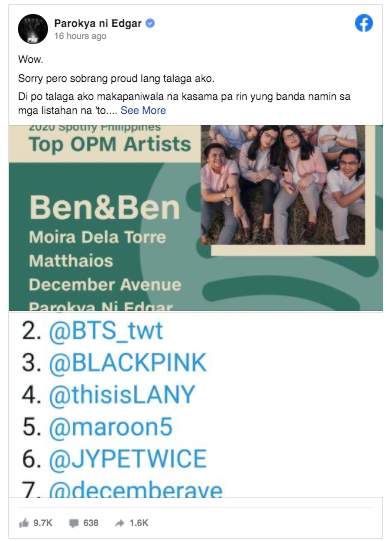 (Why are you guys so mad at what others like? We have our own preferences. “Wow! I do not like them! F*ck all of those who like them.” Is that how it should be?)

“‘Di ba pwedeng iba trip nila sa trip mo tapos ok lang tayo lahat (Can’t people just have different preferences from yours and for all of us to get along)?” he emphasized.

This is not the first time Miranda has defended K-pop fans. In January 2019, the rockstar made an Instagram post emphasizing that “OPM is not dead.” While others supported the sentiment, some did so by attacking supporters of K-pop.

Miranda then also asked the public to respect each others’ preferences, noting that people can enjoy music even without understanding a foreign language.

Parokya ni Edgar meanwhile took the number 8 spot in the Top Bands/Groups chart, which was again topped by Ben&Ben, followed by BTS, Blackpink, Lany, Maroon 5, Twice and December Avenue. One Direction and Hillsong Worship meanwhile claimed the number 9 and 10 spots.

(It really is something, isn’t it? This is tear-jerking! Thank you very much to those who continue to support Parokya Ni Edgar!) NVG

Ben&Ben tops Spotify list of most streamed artists in PH