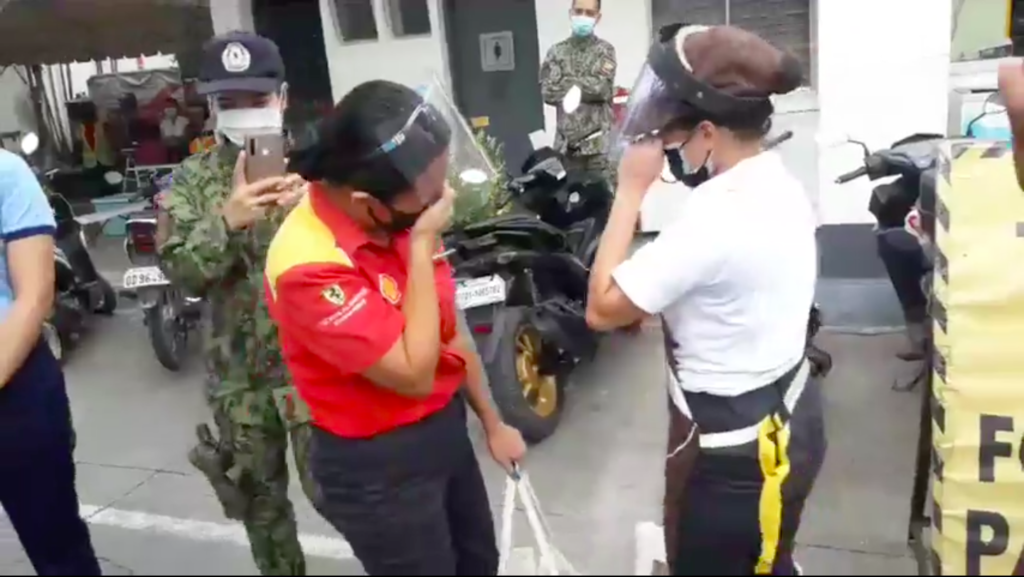 Police Colonel Josefino Ligan, the director of the CCPO, said that the Arresto Aguinaldo, which was a Christmas prank to selected beneficiaries by arresting them for a surprise, was not done in random but was in coordination with participating establishments.

“This project has been here for a while na, for three years. If you remember, manakop ta sa atong checkpoints then iprank nato, then hatagan natog gift. Now, on this year, naglevel up ta, the same concept, however, naa nay complaint and warrant of arrest.  Before we did this, we consulted the advisory council and the management of the establishments,” said Ligan.

The CCPO wanted to take into consideration the existing health conditions of the recepients, and all of them were preselected.

The chairperson of the Police Advisory Council, Alfredo Tan, also said that the Arresto Aguinaldo was also well received by the partner establishment since this would help their hardworking employee.

“Yet again, we can’t control unsay tan-aw sa ubang tawo, but the intention of the project is pure in type. We would like to give a memorable, delightful, and joyful experience sa recipient,” said Tan.

It can be recalled that eight individuals from four establishments around the city were given the fake arrest warrants and instead of jail time, they were given bundles of joy.

In the live videos released by the CCPO, four of the recipients were visibly confused at first but broke into smiles after receiving the packages.

Two women recipients cried after saying they were scared of the arrest but were very grateful for the bundles of joy and gifts they received after.

Tan said the project was not randomly imposed but pre-planned and was consulted with stakeholders from start to finish.

Still, he said with the criticisms they received from the public, they will review such “prank” programs in the future to make them less harsh to the recipients.

For Ligan, the project was no different from flagging down random motorists for a gift, as both programs at some point impose a degree of fear to the recipient only to be relieved by the surprise gift.

The director said the people were quick to comment based on the video without knowing the story behind it and he said more explanations could be done for the public to understand the program. /rcg

Read Next
TIMELINE: The scuttled COVID-19 vaccine deal with Pfizer