Olympics: High-risk people must get priority over athletes for vaccine – Wiebe 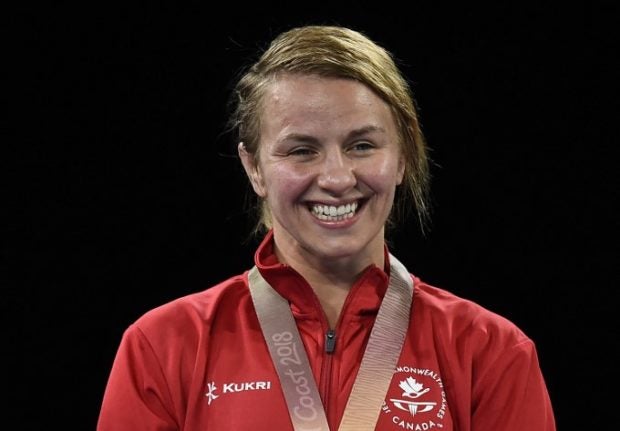 Canada’s gold medallist Erica Wiebe poses for photo during the medal ceremony of the women’s freestyle 76 kg wrestling event at the 2018 Gold Coast Commonwealth Games in the Carrara Sports Arena on the Gold Coast on April 12, 2018. (Photo by YE AUNG THU / AFP)

Senior Olympics official Dick Pound said on Friday athletes should be given priority access to the COVID-19 vaccine so the Tokyo Games can go ahead as scheduled from July 23.

Over 15,000 athletes from almost every country in the world are expected to travel to Tokyo for the Olympics and the subsequent Paralympics.

“I think the Olympic movement stands in its purity for a lot more than just putting athletes on stage to entertain the world,” Wiebe told CBC.

“The most important people that need to get the vaccine are front-line workers, those most at risk and people in long-term care homes — they are the ones that need to be prioritised.

“From a moral standpoint, it doesn’t sit right (with me),” Shewfelt said. “They (athletes) are already healthy, they’re in an age bracket that hasn’t been shown to be super vulnerable to fatal outcomes from this disease.

“As much as I want the Olympics to move forward… there isn’t a doubt in my mind where (vaccines) need to go. The Olympics can still move ahead safely, regardless of whether athletes get vaccinated or not.”

During his visit to Tokyo in November, International Olympics Committee President Thomas Bach said athletes would be encouraged to get the vaccine but it would not be mandatory for their participation in the Games.

Concerns over whether the Olympics can be held in Tokyo have increased in the last few weeks as COVID-19 cases surge in Japan and around the world.