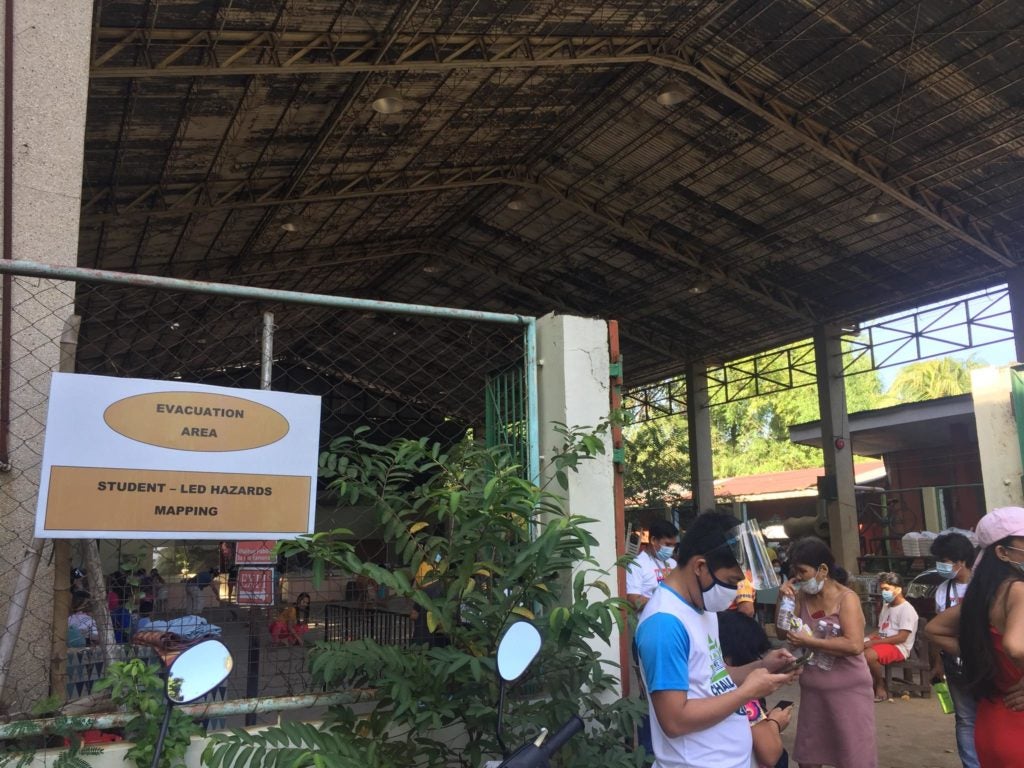 The Bulacao Community School is used as an exacuation center for all victims of fire that hit Sitio Sario, Barangay Bulacao, Cebu City. | Pegeen Maisie Sararena

CEBU CITY, Philippines— As Barangay Bulacao in Cebu City declares a state of calamity on the three fire-hit sitios, the barangay captain is also calling on the public to help the fire victims.

Rodrigo Abellanosa, barangay captain of Bulacao, said in a phone interview that the barangay council on a special session on Friday, Feb. 5, had placed the three fire-affected sitios — Sario or Upper San Roque, Siwac and Laguna — under a state of calamity.

Abellanosa said that this was necessary so that the barangay could use its calamity fund to help the 869 fire victims as of today, who were displaced by the fire on Thursday night (Feb. 4).

The fire razed 118 houses and killed a widow, Lolisa Cabaluna, 62.

The fire victims are temporarily staying at the Bulacao Community School which has been turned into an evacuation center for the fire victims.

With this, Abellanosa called on concerned individuals or groups to help the fire victims.

He said they would welcome donations of food, medicine, diapers, milk, canned goods, and other basic necessities needed by the fire victims.

He said they would also accept donations of used clothing for the fire victims.

Since there is still a pandemic and due to safety protocols and guidelines set, he said that they would disinfect those used clothing before these would be handed over to the fire victims.

(We will disinfect all clothes because we can’t directly hand this over to them as we already know that there are existing health protocols implemented.)

He said they would even welcome donations of housing materials that the fire victims could use to rebuild their houses.

Read: LOOK: The aftermath of the Bulacao fire

He also said those who would wish to help could bring their donations to the barangay hall in Bulacao or to the Bulacao Community School where the fire victims were staying.

Abellanosa also said that they were coordinating with the Cebu City government for the assistance that they could provide the fire victims.

He, however, said that they still had to look at how much funds the barangay had.

(We are still looking at our budget on how much we can aid we can provide to all the fire victims since the validation is still ongoing.)

As of yesterday, Abellana disclosed that from 169 families, they now recorded 204 families with 869 total individuals.

With the fire incident, Abellana reminded his constituents to be careful and vigilant all the time to prevent fires from happening.

(Each and everyone of us should be careful.)/dbs