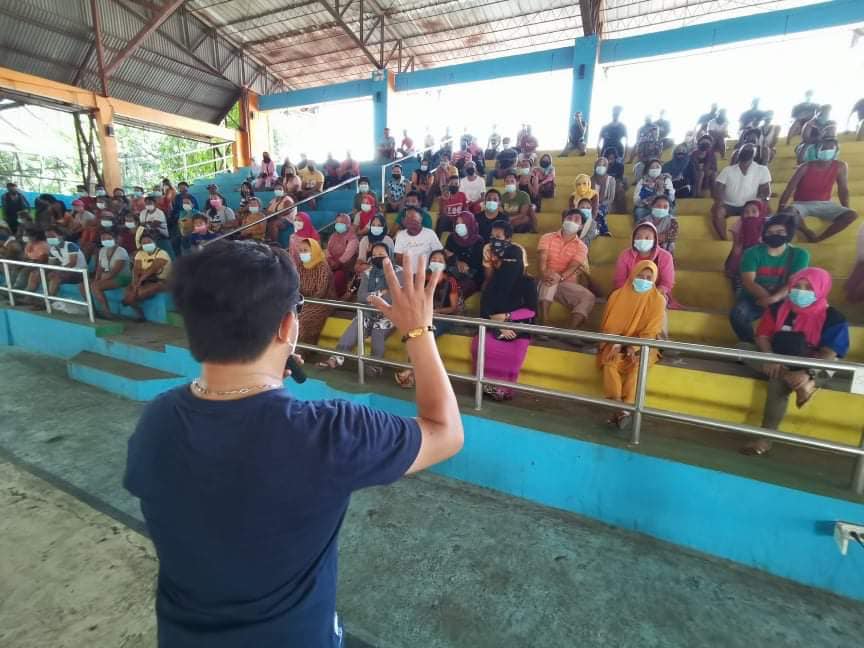 Lapu-Lapu Mayor Junard “Ahong” Chan reminds the 170 ambulant vendors, who are given space to sell their goods at the Barangay Poblacion gym, to police their ranks and to follow health protocols. | Mayor Junard Chan’s Facebook

MANDAUE CITY, Philippines — The Lapu-Lapu City government has provided some 170 ambulant vendors in Barangay Poblacion a safer space for them to sell their goods in the covered gym of the barangay on Friday, February 12.

(It would be easier for 170 ambulant vendors of Barangay Poblacion to sell their products and goods after the city government provided them a space to sell them at the covered gym of the barangay.)

These ambulant vendors were affected by the city government’s implementation of the Department of the Interior and Local Government’s order to clear the roads of the city.

Chan said that the city government provided these space at the gym for the ambulant vendors so that they could have a safer space to continue their livelihood.

Aside from that, Chan also heeded the request of the vendors to create an entrance on one side of the gym near the road to attract customers and for easier access to customers.

He also reminded the vendors to always follow health protocols and to always wear their face masks while selling their goods.

He also urged them to police their ranks and to remind each other and their customers to always follow the health protocols.

Chan said that this had always been the city government’s thrust to help different sectors of the city to earn and continue their livelihood amid this difficult times brought about by the pandemic.

(I know that how difficult our lives are amid this pandemic so I and the city government are doing our best to support the different sectors of the city.)