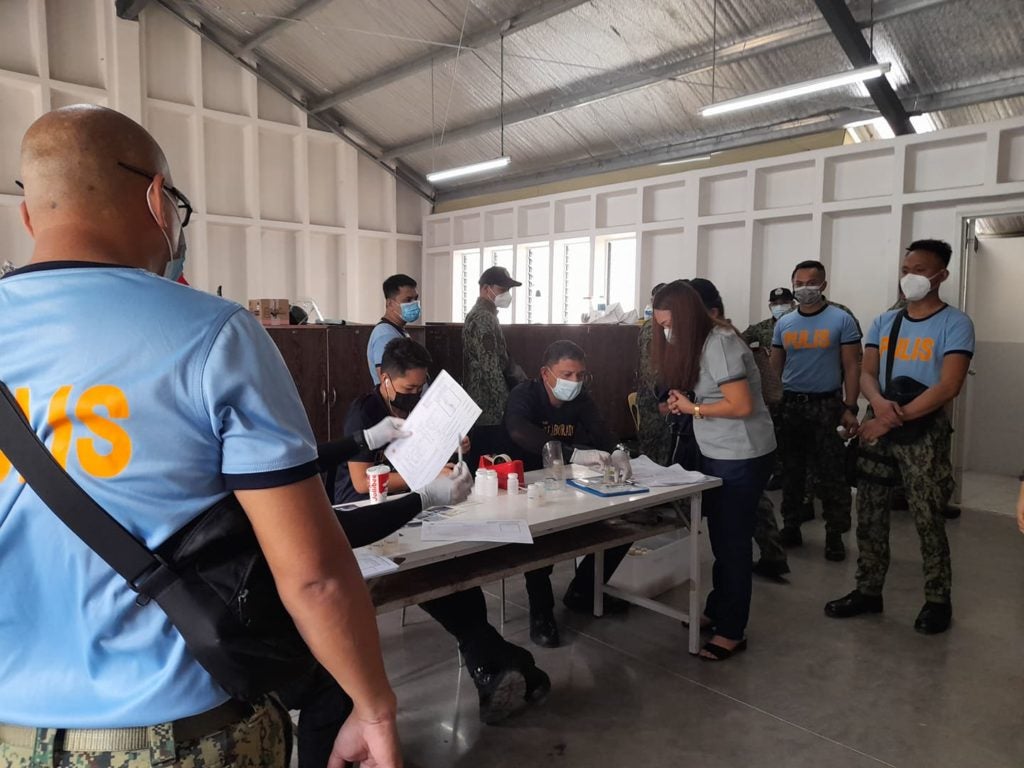 Mandaue City policemen undergo a surprise drug on February 22, 2021 at the MCPO office. |

Abella said only more than 300 personnel undergone the test as the 100 MCPO personnel had already undertaken the drug testing last month which everyone tested negative for illegal drugs.

The MCPO has 430 personnel including the Non Uniformed Personnel (NUP). This is aside from the 50 newly downloaded personnel from the regional office that as of the moment are undergoing quarantine to make sure they are safe from the coronavirus disease 2019 (COVID-19) before reporting to work.

Abella said those, who are in quarantine and are positive for the virus, would still be undergoing the test once they would recover from the infection and finish their quarantine period.

He said personnel, who would fail the drug tests, both in the initial and confirmatory, would be dismissed from the service.

(We will still give them due process. After the investigation [if found guilty] then they would dismissed. That is the directive of our PNP chief.) /dbs