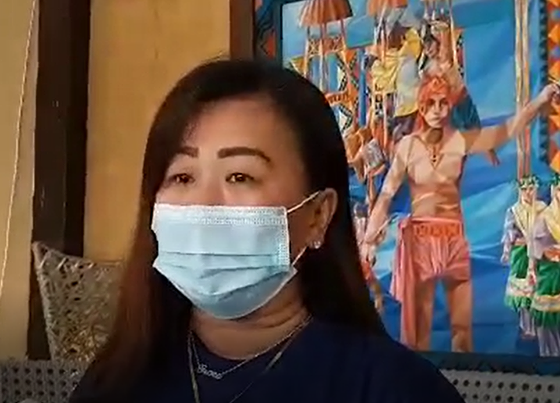 Grace Carungay, City Epidemiology and Surveillance Unit head in Lapu-Lapu City, has been found positive for the coronavirus disease 2019 (COVID-19) and is admitted at a private hospital in the city. | CDN Digital file photo (Futch Anthony Inso)

This was confirmed by Lapu-Lapu City Mayor Junard “Ahong” Chan in a press briefing on Monday, February 22, 2021.

Chan said  he believes that his sister might have contracted the virus because of her work.

Carungay serves as the head of the City Epidemiology and Surveillance Unit (CESU) of the City Health Department.

Dr. Agnes Realiza, City Health Department head, said that Carungay would continue to be the head of CESU and she would just monitor it from the hospital.

The mayor said that currently, Carungay was admitted in a private hospital in the city after she manifested symptoms such as cough, colds, and difficulty of breathing.

(Actually her symptoms were just a cough and cold, but when it was monitored, it was also found out that she was having difficulty breathing. Actually, she isolated herself. She is at an isolation facility, but since she had difficulty breathing so she needed oxygen.)

Chan added that the immediate members of the family of Carungay got a negative result for the virus when they were swabbed tested./dbs