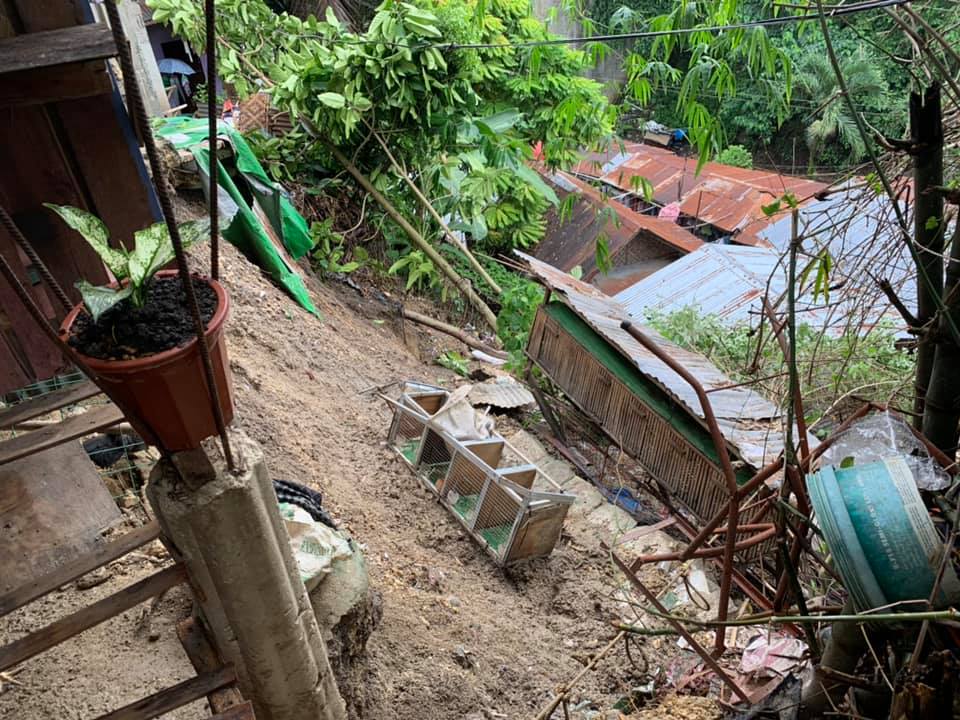 The CDRRMO or the City Disaster Risk Reduction and Management Office is asking the Cebu City Council to make it a requirement for barangays to submit a disaster plan before their annual budgets will be approved. Above are landslide-damaged parts of homes in Barangay Kalunasan in this September 16, 2020 photo. | Photo Courtesy of Cebu City PIO (file photo)

The CDRRMO has asked the City Council not to approve the barangay annual budgets of those that have not submitted their disaster plans.

The agency submitted to the City Council for their review of the barangays that had passed their disaster plans in both the North and South District.

As of March 11, 2021, twenty-three barangays in the South District have completed or partially completed the disaster plan while 11 have yet to submit any.

In the North District, there are at least 31 barangays that have completed or partially completed the disaster plan while 15 have failed to do so.

Majority of the 26 barangays that failed to provide a disaster plan are urban barangays while six of them are mountain barangays.

“It has been long overdue since we called them many times many times to submit their plans, and yet they have not taken any actions,” said Ramil Ayuman, the CDRRMO head.

“In this regard, the CDRRMO recommends for the barangays who did not comply show explain to your office before of their Annual Budget for 2021,” he said.

Ayuman urged the barangays to comply with the disaster plan because this was necessary for proper preparedness in times of disaster like typhoons, heavy rains, flooding, and earthquakes.

Read Next
Court to DSWD-7: Release Lumad minor to her father