Limasawa, not Butuan: Webinar to discuss report on disputed site of the First Mass

To mark the 500th anniversary of the First Easter Sunday Mass in the Philippines, Gabii sa Kabilin will hold a webinar on March 26 entitled, “The First Mass (Latest Inquiry)” with historian, author and professor Dr. Rolando O. Borrinaga.

In the webinar, Dr. Borrinaga will discuss the evidences considered by the 2019 Mojares Panel in determining Limasawa as the site of the 1521 Mass, not Butuan. The panel, led by historian and National Artist for Literature Dr. Resil B. Mojares, was assembled by the National Historical Commission of the Philipines in 2018 to review and settle the longstanding Limasawa-Butuan controversy. 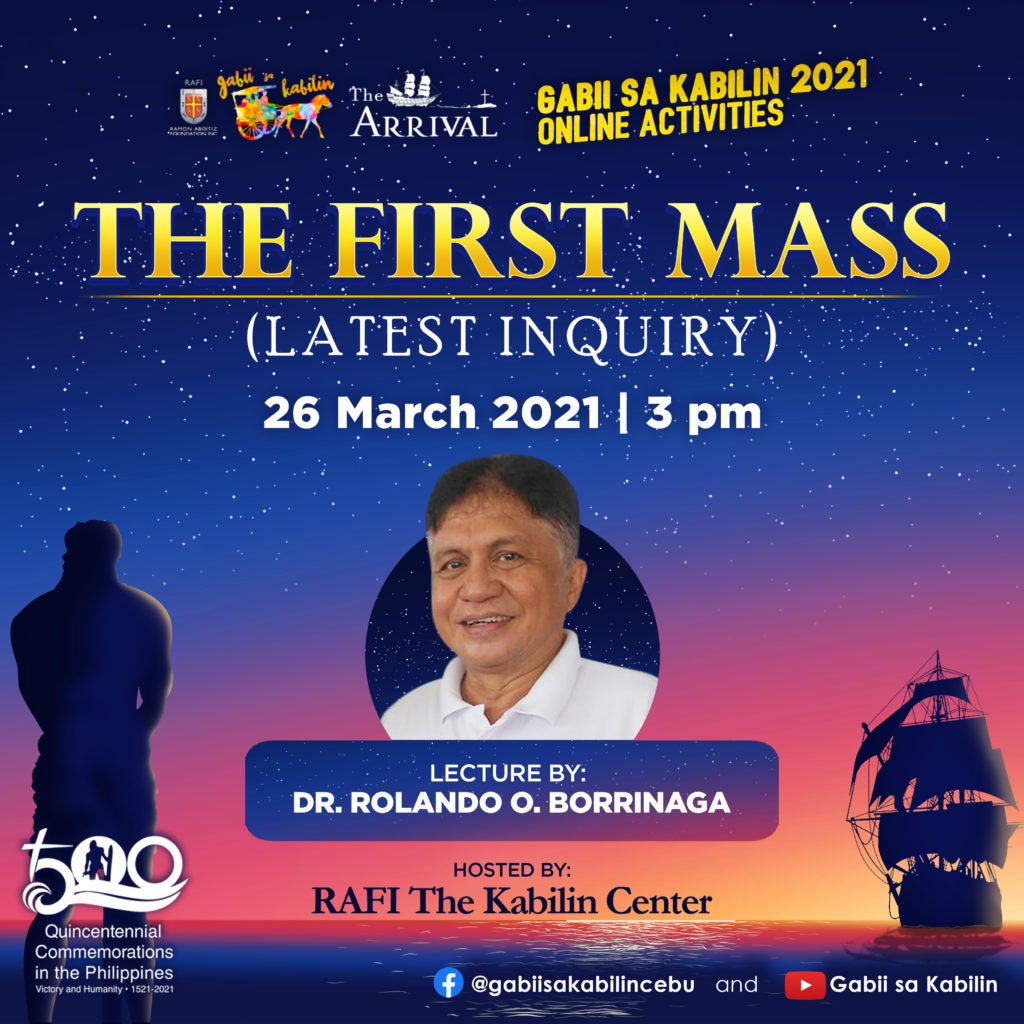 Dr. Borrinaga, who spent more than 20 years researching about the topic, will also talk about the evidences he provided in his report to the panel that proposed present-day Barangay Triana in Western Limasawa as the site where the historic Mass was held, and where Magellan and his crew planted the cross.

Dr. Borrinaga was the Visayas Representative in the National Committee on Historical Research of the National Commission for Culture and the Arts (NCHR-NCCA) from 2014 to 2016 and 2017 to 2019. He also served as secretary of the NCHR Executive Council.

Those who wish to participate may register at https://forms.gle/RgWdLnBs1szDEPp16. An e-certificate will be given to participants who will answer both the registration and evaluation form provided before and after the event, respectively.

Initiated in 2007 by RAFI, Gabii sa Kabilin aims to help preserve local culture and heritage by encouraging Cebuanos to visit museums. It launched its online activities last year at the onset of the pandemic to help make Cebuano culture and heritage more accessible to the public.