Aquastars on the verge of sweeping elims, crush Warriors for 9-0 slate 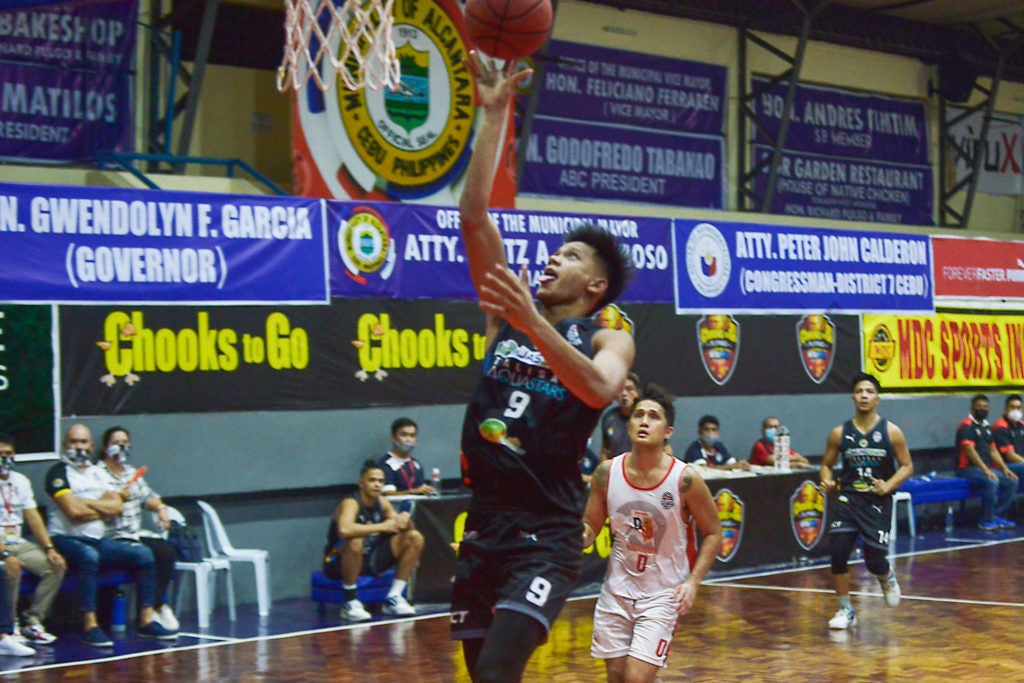 Talisay’s Jaymar Gimpayan sticks his tongue out while dishing an easy layup during their game versus Dumaguete City in the Pilipinas VisMin Super Cup. | Photo from VisMin Cup Media Bureau

CEBU CITY, Philippines — The MJAS Zenith-Talisay City Aquastars is on the verge of sweeping the entire elimination round of the ongoing Chooks-to-Go Pilipinas VisMin Super Cup after the overwhelming title favorites thrashed the Dumaguete City Warriors, 77-66, Tuesday night, April 27, 2021.

The Aquastars are already locked in for the semifinals, but they are gunning to set a league record by sweeping the double-round robin eliminations as they go up against the ARQ Builders Lapu-Lapu City Heroes for their last remaining elimination round game on Thursday at 3 p.m. at the Alcantara Civic Center in Alcantara town, southwest Cebu.

A win will stretch their winning run to 10-0.

With new head coach Leode Garcia at the helm, Dumaguete looked rejuvenated and kept in step with the league leaders. They were down by just three, 13-16, after the first quarter.

However, Talisay pushed their game to the next level and unleashed a vicious 18-3 run for a commanding 18-point advantage, 34-16 at the bend.

From there, the impending rout was on as the Aquastars raised their lead to as much as 29 points.

The Warriors, however, showed rock-solid resiliency as they outscored the Aquastars in the final period, 28-13.

“I’d like to commend everyone for this win as again no one played more than twenty minutes,” said Morante.

Forward Jaymar Gimpayan had a double-double of 14 points and 14 rebounds along with three assists, a block, and a steal for the Aquastars.

Dumaguete looks to bounce back tomorrow versus the Tubigon Bohol Mariners at 7 p.m.

Read Next
Tipolo creek residents given 2 months to vacate area