Man stabs ex-girlfriend out of jealousy 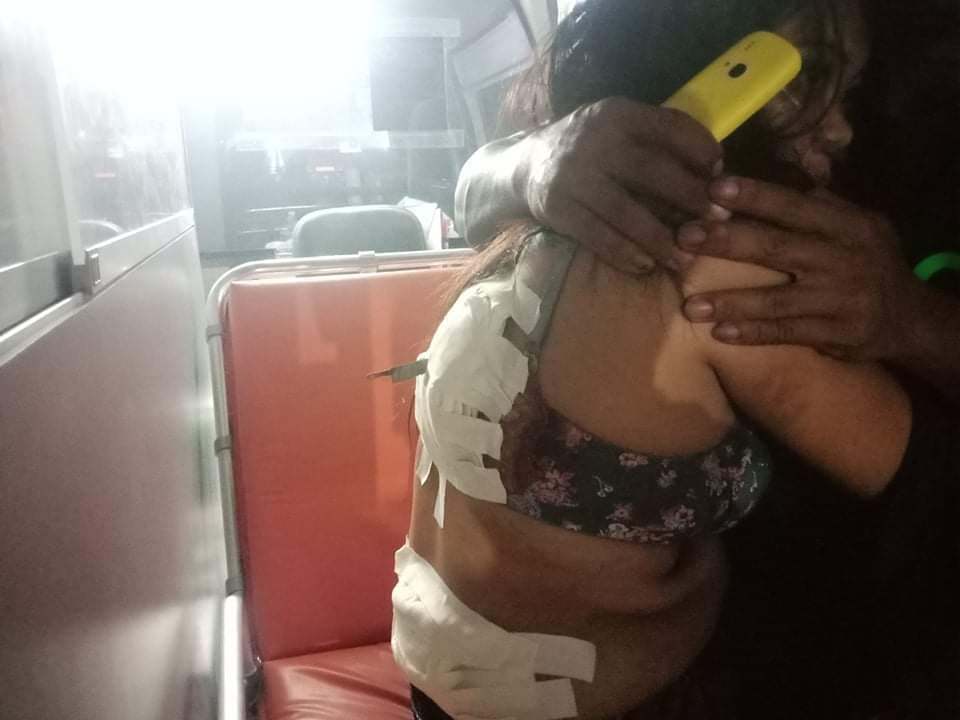 25-year-old Jessierae Wabe is being comforted as her wounds are treated after she was stabbed by her ex boyfriend in Toledo City on Monday, May 3, 2021. | contributed photo

Police Staff Sergeant Alfredo De Gracia, the investigator on the case, identified the victim as 25-year-old Jessierae Wabe, who was stabbed while she went to buy some goods in a sari-sari store.

She was stabbed on her back by her former boyfriend, Jaypee Pajaron, 33, a resident of the said area.

The victim was immediately brought to the hospital after the incident and is in stable condition as of this posting.

De Gracia said the suspect, who is now detained at the Toledo Police Station pending the filing of appropriate charges, told him that jealousy led him to stab his ex.

(According to him, they had a small fight and they just kept it in secret because the girl already had a live-in partner.)

Based on initial investigation, De Gracia said the suspect waited for the victim at the store and stabbed her at the back when he got the chance. Two knives were used in the incident.

De Gracia said the victim sustained stab wounds on her left arm after she parried the attack of the suspect. She also had two other wounds on her back.

The suspect fled from the area after the incident but Toledo police immediately conducted a hot pursuit operation to arrest the suspect. After 15 minutes, they found Pajaron in Sitio Tunnel and he reportedly surrendered without any problem.

(We believe his conscience got into him because of his emotions after he had a fight with the girl.)