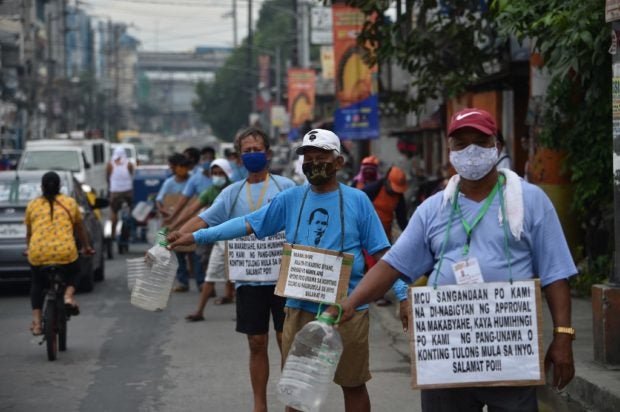 Despite an easing in the March unemployment rate, the Philippines remained the worst job market in emerging Asia with the biggest share of the unemployed to the labor force, a report of the state planning agency National Economic and Development Authority (Neda) showed.

While the 7.1-percent jobless rate posted in March was the lowest since April last year, the height of the longest and most stringent COVID-19 lockdown in the region Neda said the revert of the National Capital Region (NCR) Plus to enhanced community quarantine (ECQ) for two weeks and then to modified ECQ (MECQ) in April would temporarily reverse employment gains.

“However, the impact is expected to be less severe compared to April 2020 given the more risk-managed approach to the present quarantines,” Neda said. In NCR Plus—Metro Manila and the provinces of Bulacan, Cavite, Laguna and Rizal , which account for half of the economy—essential establishments have been allowed to operate unlike during last year’s ECQ.

When 75 percent of the economy was closed from mid-March to May last year, the unemployment rate hit a record 17.6 percent, equivalent to 7.2 million jobless Filipinos.

India’s jobless rate was 6.7 percent in January to February 2021; Malaysia’s was 4.8 percent in February; and Vietnam’s was 2.4 percent in March.

“Nonetheless, returning to the prepandemic unemployment rate of 5.3 percent in January 2020 continues to be a challenge,” it added.

For Neda, “managing the current health risks and economic shocks while accelerating the recovery package and vaccination program remain crucial in reopening the economy and sustaining recent employment gains.”

“Accelerating the rollout of vaccination in the succeeding months is necessary to achieve herd immunity and allow for the gradual reopening of the economy. Likewise, there is a need to further ramp up vaccine deployment especially in high-risk populations and among critical economic front-liners (A4 priority group) once vaccine supply stabilizes. The effective rollout of these vaccine doses, complemented by the safe and gradual reopening of low-risk areas, will build confidence and allow the economy to further restore jobs and incomes,” according to Neda. INQ

Read Next
More information, not less