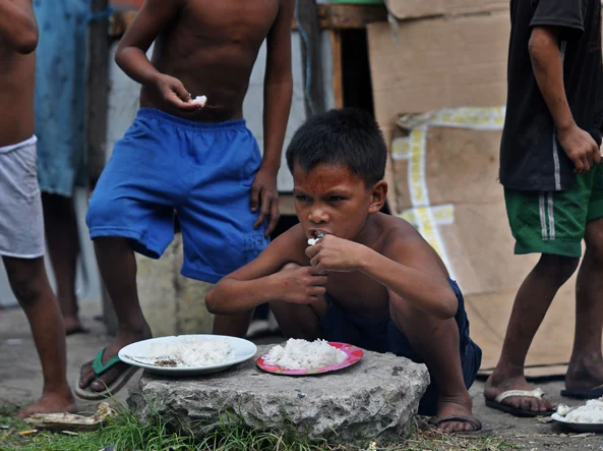 According to the SWS survey conducted from June 23 to 26 and released Wednesday, around 13.6 percent or an estimated 3.4 million families experienced hunger at least once from April to June this year.

While the June 2021 hunger rate is lower than the 16.8 percent recorded in May, it is still above the 8.8 percent pre-pandemic percentage back in December 2019.

Nonetheless, SWS noted that the June 2021 hunger rate is lower than the 21.1 percent annual average recorded in 2020.

In Metro Manila, moderate hunger and severe hunger are 9.3 percent and 4.7 percent, respectively, in June 2021.

The survey was conducted from June 23 to 26 using face-to-face interviews of 1,200 adults nationwide. Sampling error margins are ±3 percent for national percentages.

Read Next
Vaccinate anyone who wants a COVID shot, says Duterte