Bañacia: I am already expecting the worst 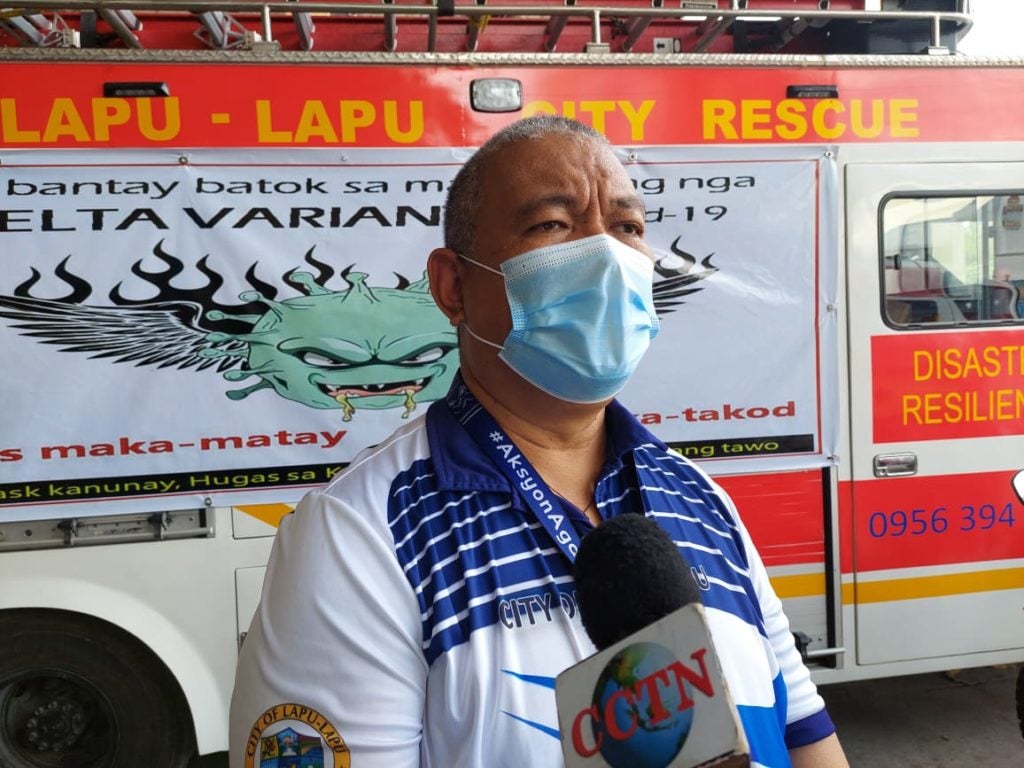 LAPU-LAPU CITY, Philippines — The Lapu-Lapu City Government was never surprised with the extension of its modified enhanced community quarantine (MECQ) status after August 15.

Nagiel Bañacia, head of the Disaster Risk Reduction and Management Office (DRRMO), said they are already bracing for the worst.

Bañacia was even worried because the virus has already infected the younger generations.

He revealed that the youngest child who tested positive for for Coronavirus Disease 2019 (COVID-19) is only 1-year-old.

He said that most of their new infections are individuals who always go out of their residences.

Bañacia, however, said that 99.9% of the city’s infected individuals are unvaccinated.

He also urged Oponganons that if they manifest symptoms of the virus, such as fever, colds, and cough, to have themselves checked and undergo swab testing.

“Ang city health gi-doble ug gi-triple pa ang testing ug contact tracing,” Bañacia said, adding that they are not afraid if their cases for COVID-19 will increase because this will reflect the real situation of the virus in the city.

For the Delta variant, Bañacia said that they already contact traced all of the 23 cases of the variant in the city, wherein all of them have already recovered from the virus.

Bañacia has also noticed the increase of COVID-19 cases in barangays with subdivisions, especially barangay Basak that has 29 subdivisions.

Currently, Barangay Basak ranks first among the barangays in the city with the most active COVID-19 cases with 242.

Read Next
#EchoStayHome photo contest: Join and make your stay at home experience fun and rewarding