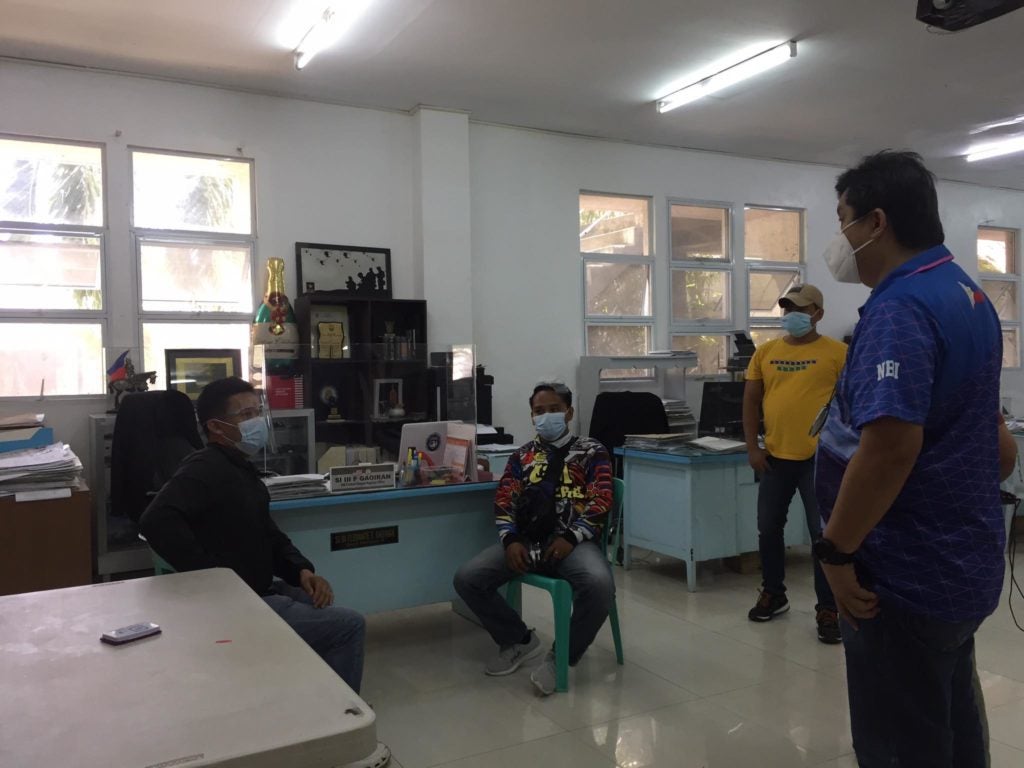 CEBU CITY, Philippines — The victim of last Sunday’s (August 22) bikers’ road rage in Mandaue City said that he was determined to file a complaint against the two bikers whom he claimed punched him on the face twice at the intersection of Hernan Cortes Street and A.S. Fortuna Avenue in Mandaue City.

Although the two assailants had yet to be identified, Marvin Lobitaña, 30, baker/delivery man, said that he would file a complaint against them regardless of what might happen.

Lobitaña was at the National Bureau of Investigation in Central Visayas office today, August 23, to coordinate with NBI agents there.

Lawyer Renan Oliva, NBI-7 director, said that they were still waiting for the medical result of the victim to know what specific complaint the victim would file against the two bikers.

Oliva said that that was was apart from the planned Usurpation of Authority complaint that the NBI-7 was planning to file against the two bikers.

According to Lobitaña in an interview with CDN Digital, he and his companion were returning to the bakery in Barangay Banilad, Mandaue City after delivering bread at an outlet in a mall when the incident happened.

They were cruising along in their motorcycle-driven delivery vehicle along the A.S. Fortuna Avenue when they came upon a group of bikers.

(There were five bikers ahead of us. A female biker was leading the group and she was the one whom I overtook but I nearly sideswiped her. And she said (the woman) hey! there’s a biker here, you are so reckless. So my companion said sorry maam it was not intentional.)

We stopped a few meters from the woman and she continued on.

(A few meters away, she went ahead of us because we stopped for a while, then we overtook her again and she was nearly hit again. It was about a meter distance from us. She did not say anything so we continued on.)

(When I reached the stoplight, I stopped because it was a red light. Then the companion of the woman arrived and told me that “he sidewept his companion”, then he hit me twice.)

Lobitaña was referring to the man seen in the video wearing a black shirt.

Lobitaña said that that man was the one who hit him in the head twice.

After a while, another man, the one wearing a white shirt, approached them then placed his bicycle in front of Lobitaña’s vehicle.

Lobitaña said that they were then told not to drive away and told them that the bicycle in front of them was worth a million.

(When the second man arrived, he told us that you don’t know our bikes are worth millions, drive away and I’ll put a whole in your head. Then he punched me once and then he punched again and I was hit here (in the face).)

Tandingan, for his part, said that as he was about to react and help Lobitaña, the man wearing a white shirt threatened him, prompting him to stop.

(He will pull out [a weapon] when I tried to move to help my friend, and he told me that he was an NBI agent.)

Tandingan said that he saw a small bag at the side of the man in a white shirt.

However, he was not sure if there was a firearm inside or none at all. Considering that he claimed that he was an NBI agent, he did not attempt to fight back.

Lobitaña said that if he could see them again, he could identify them.

With this, Oliva said that they already advised Lobitana to include and describe the assailants in his formal statement.

Oliva said that they would also secure a cartographic sketch based on the information from the victim.