The EOC revealed that there have been six more deaths each in the North District and South District barangays, although the agency did not specify where.

The total number of deaths in the north is now at 36 while the south has 15 total deaths.

For the south, deaths were recorded in Babag, Buhisan, Kalunasan, Sapangdaku, Tabunan, and Toong.

“We put up a Covid Cluster Clinic in Brgy. Pit-os Gym so that those who manifest covid-like symptoms will just have themselves checked and tested there instead of going to Banilad CMS (Cebu Medical Society), early detection means early intervention so easier for us to contain the transmission,” said Councilor Garganera, the deputy chief implementor of the EOC. 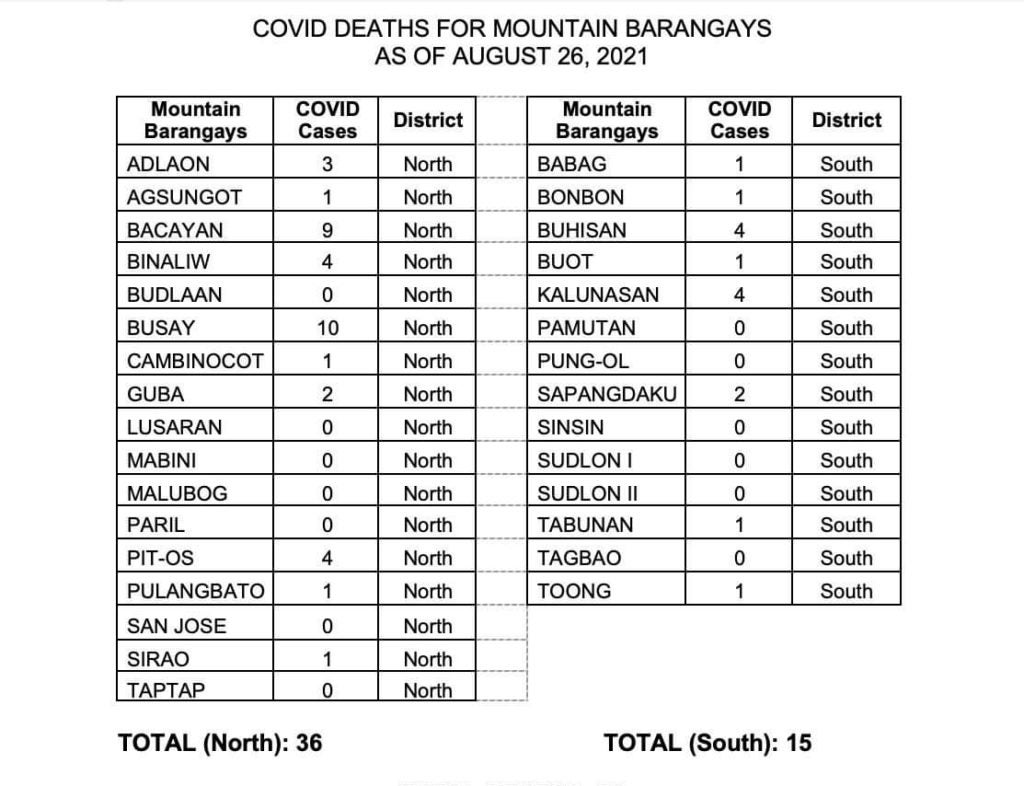 The EOC has been concerned with the rising deaths in the mountain barangays as the 32 mentioned mountain villages were minimally or rarely affected by the pandemic during the first and second surges since 2020.

This has been the first time that the mountain barangays have been recording multiple deaths in just one month.

The EOC opened a cluster clinic in Barangay Pit-os recently in hopes of bringing the cases in the mountain barangays down through faster detection and isolation.

However, deaths continue to be reported in the mountain villages.

The hospital care utilization rate is at 72 percent indicating that hospitals are still full and near overwhelmed.

The EOC once again reminds the public to practice minimum health protocols and to get vaccinated when they can.    /rcg